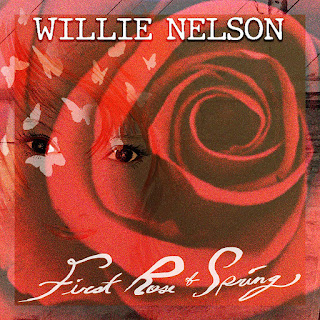 Willie Nelson has announced his 70th(!) studio album will be out in April. Listen to the title track, First Rose of Spring...

The title song was penned by the songwriting team of Randy Houser, Allen Shamblin & Marc Beeson. The album art was created by Nelson's son Micah. The single is available now and the album will be available digitally, on CD and vinyl on April 24th, right before Willie‘s 87th birthday on April 29th (there's not going to be many more of these, are there?).

And, apart from the track listing showing covers of songs by the likes of Toby Keith, Chris Stapleton and Billy Joe Shaver alongside a series of co-written originals, that's really all we know about the album. But it's sung by Willie Nelson, so... yeah.