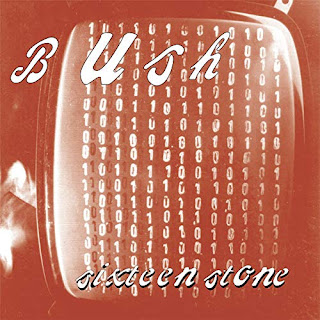 David Ames shares some of the songs that have played an important part in his own personal soundtrack. Today it's a bit of a comedown...

I know…I know…I always get those rolling eyes when I talk about my love of Bush (and no, that’s not a euphemism). They were the first band to truly inspire my love of music and Gavin Rossdale was the first person, outside of my immediate family, that I ever wanted to emulate. Sixteen Stone was a landmark album, launching the English four-piece to super stardom (especially in the states), and it also had five huge singles. “Comedown” was the first Bush track I ever heard and the song sunk its hooks into me so deep that I was never the same. Whether it is the opening rhythm and bass, those driving instruments delivered with precision and power by Robin Goodridge and Dave Parsons, or the feedback and eventual explosion of guitars, the song did something to me. Gavin Rossdale and Nigel Pulsford always had an interesting interplay and it shows here as they play similar, yet different chords to build a large soundscape. The juxtaposition of the initial guitar entrance and the return to the opening rhythm and bass is fantastic.

Then we get to the power. Rossdale’s vocals are impressive to say the least, especially on this track. The lyrics speak of being in love and how the power of that emotion is like a drug, even referring to it like heroin at one point. The chorus is huge and has the slows the rhythm down to just three chords while Rossdale belts “I don’t want to come back down from this cloud. It’s taken me all this time to find out what I need.”

This song was massive in its day and still gets a good amount of airplay now but, overexposure aside, it is simply a wonderfully put-together rock song. The influence of hearing this one song has been so important to me because it not only opened up my love of the genre, it also sparked a passion of creating music that I still embrace to this day.