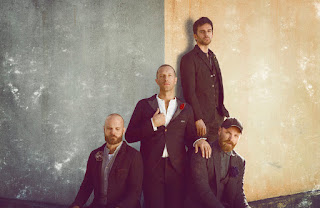 Coldplay have premiered the video for Champion Of The World, from their new album Everyday Life...

The video was filmed in Los Angeles by French director Cloé Bailly.

Says Cloé: “The video is about this magic power that kids have to switch off from reality and jump into their own world.”

The video comes hot on the heels of the video for “Cry Cry Cry,” which was directed by Dakota Johnson and Cory Bailey and released on February 14th.

The band’s new Coldplay Reimagined acoustic EP / short film is also out this week on Apple Music. It features Chris Martin & Jonny Buckland’s stripped-back performances of “Cry Cry Cry,” “BrokEn” and “Champion Of The World” from Everyday Life, and is available at https://apple.co/coldplay.

Here's a quick look at the preview for it.