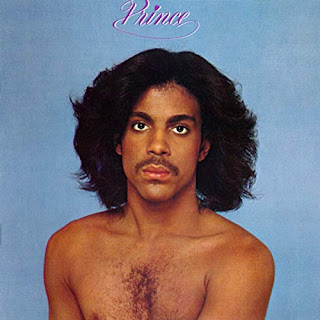 Inspired by our series of articles looking back at music released 30 years ago, Jimmy Hunter takes a step further back in time to give us a Song of the Day 1980. This week, he has to make a choice...

I thought long and hard about this week’s choice. And then did it again, and again. Normally in this situation I’d shut my eyes and let the music take over – the memories, the rediscovered parts of a song (we all hear them differently sometimes, don’t we?) [Er, no! – Ed] and simply wait for the gut-feel to kick in.

This time the gut-feel picked both records. Even when sober! So in an attempt at fairness, have a listen to the record that is not this week’s feature: the very much underrated Got To Love Somebody – Sister Sledge.

So, is this week’s choice that special? Well I think so: dear reader, please join me in my appreciation for the wonderful I Wanna Be Your Lover by the late and very much lamented, Prince.

This record is pure R&B with a silky soul/funk gloss. His falsetto vocals and harmonies fit perfectly and from the drum-beat start, the bassline hook picks you up and gets you going. A couple of verses and choruses and we’re into an extended instrumental middle section (on the LP version) where the bassline changes, smooths out and lets the Moog take over, with Prince at the keyboards. Except it’s not a middle section, it’s a very much elongated outro.

The very first thing that struck me about the album cover is how very similar it is to Donna Summer’s Bad Girls album sleeve. This single hails from Prince’s second album having already made a name for himself by writing, producing, singing all vocals and playing all 27 instruments on his first album. He had a point to prove and he was doing well with that.

Let’s not taint the moment with what followed, rather let’s just enjoy one of the prime pieces of R&B beefcake of the time. The record did well commercially in the US where it was also a huge R&B chart hit but it wasn’t until 1999 was released that real fame began to find him in the UK.

The full length album version is here but I think this live version is fantastic. Enjoy.