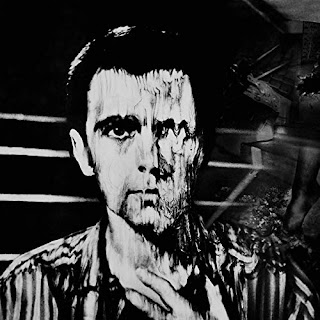 Inspired by our series of articles looking back at music released 30 years ago, Jimmy Hunter takes a step further back in time to give us a Song of the Day 1980. This week, he's playing games...

I’m sure you know the feeling. With me it’s very strong when linked to music and nostalgia. You hear a record and you’re instantly transported back to a point in time where you feel something. You remember certain feelings from around that time, accurate or not it’s almost like a feeling instead of a memory. Or a memory as a feeling.

December 1979 into January 1980, for whatever reason, the feeling I have sits within a theme, almost an earworm, of Walking on The Moon by the Police. Like that record sits over that period almost as if it’s a giant umbrella. It’s a very strong feeling but unfortunately as I grew older those periods fade. Shame.

A record that sits front and centre in my mind is my sole choice this week [Yes, we were noticing this!! – Ed] and it’s the superb Games Without Frontiers by Peter Gabriel. I get that feeling from this record and I’m rooted to a point in time. I even scrawled the logo on my Chemistry jotter.

For more than Kate Bush on backing vocals, I really do like this record. Though they would duet in 6 years’ time, this record, well I find it haunting. It should come as no surprise to you that many records around this time were anti-war, leaning towards CND so definitely anti-nuclear anything.

This was back in the time when the pen of censorship at the BBC needed its ink refilled almost weekly and this record didn’t escape, and neither did the video. Now, thankfully, we can listen to it the way it was intended and watch the bizarre video too.

Gabriel uses the US 1950’s film Duck and Cover to illustrate his stance on nuclear war – or should I say his stance against nuclear war. The analogy is the politicians arguing like kids over those weapons and many of us remember it to be exactly that way.