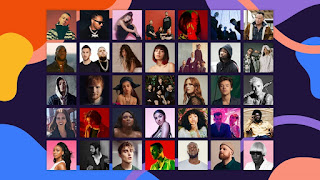 The Brit Award Nominees got announced over the weekend. Susan Omand takes a look at the list and picks her winners...

To quote myself a year ago, when The Brits didn't give Lewis Capaldi the Critics Choice award, opting instead to give it to Sam Fender, "What can I say, they got it wrong" and so it has proved as Capaldi, this year, is joint top of the leader board of Nominations with FOUR nods, encompassing Best New Artist, Best Male Solo Artist, Album of the Year and Song of the year.  Incidentally, this year's Critics Choice award (which has now been renamed the Rising Star award) has been given to Celeste which, I think, is a decent choice this time because I've actually heard of her.

Joining Mr Capaldi on four nominations, for the same categories so it will be a head to head battle, is the exotically named Dave, who won the Mercury Music Prize last year for his album Psychodrama. Hot on their heels, with three nods apiece are Mabel and Stormzy, with Harry Styles and Michael Kiwanuka (yes I had to look him up - apparently I should know his music as his songs have featured in a lot of TV shows in America - but I did already know the others) being the only others to get more than one nomination in the list.

So, surprises this year? Firstly that there's not a LOT more Ed Sheeran on the list. I'm not the biggest fan, he's ok, but it did seem like he was everywhere on the radio in the last year. Talking of radio play, I did wonder why Tones and I (currently on track to beat Bryan Adams' 16 week run at number 1) didn't feature in either Best Song or Best International Female category but I think it's something to do with cut off dates for eligibility. Talking of International Female awards, what, no Bjork AGAIN this year?

And is it just me or are we missing a few categories that were here last year? We don't have a Breakthrough Act (just a best new artist which doesn't cover bands) and we don't have a Best International Group which is a huge surprise. And what about Best Producer or Video of the Year or is that not a thing now?

Anyway, here's the Full list of Brit Award nominees with my ** Should Win ** and ** Will Win ** (heart vs head) marked. We'll all find out on February 18th how accurate my guesses... er... scientifically calculated predictions are. 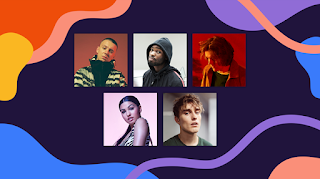 Coldplay ** WILL WIN **
Foals
Bring Me The Horizon ** SHOULD WIN ** (Thanks to #EducatingOmand I've heard of them!)
D-Block Europe
Bastille 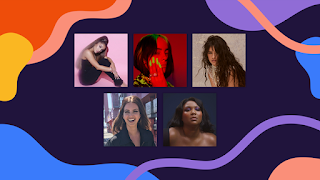 
Album of the Year


Song of the Year