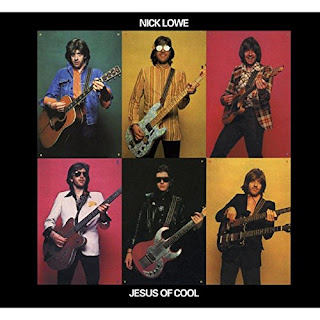 Yesterday we played Rock 'n' Roll High School by the Ramones. So what song was chosen for today's #NotBaconBits connection? You can thank @OmandOriginal for this one ...

Rock 'n' Roll High School was also the name of a comedy musical film that featured the Ramones. [You can find out what the Was This Always Weird podcast guys thought of the film over on our twin site at The DreamCage - Ed] and that film had loads of great songs on the soundtrack. One of the tracks was by Nick Lowe, but I most remember him for the 1978 hit I Love The Sound of Breaking Glass, from the album Jesus of Cool although I only had the single, which had a green label I seem to remember [yes it did - Ed]...


So now it's your turn. What will you link to for tomorrow's song? Lowe? Glass? Jesus?? The choice is yours, as long as you can show your working and tell us how you get there!