#NotBaconBits - From Nick Lowe to... 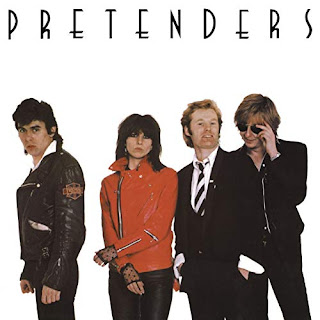 Yesterday we played I Love the Sound of Breaking Glass by Nick Lowe. So what song was chosen for today's #NotBaconBits connection? You can thank @JimJamGin for this one ...

We got a couple of great song suggestions for today's #NotBaconBits. @Wolfpaw36 managed to connect in yesterday's news about the new Robbie Robertson and The Band documentary as well, which was impressive, by saying: "Nick Lowe was part of Brinsley Schwarz who lived and rehearsed in a rather large house in Beaconsfield. The Band used the house to rehearse on the Warner Brothers tour. So from their eponymous album, Across the Great Divide."

"Right. Nick Lowe was a talented songwriter and producer. Lots of choices here. Lots. I will mention that he wrote my rejected #NotBaconBits submission “Milk and Alcohol” but I’m over that [aye, right - Ed]. He produced Stop Your Sobbing, the first single from the Pretenders."

So now it's your turn. What will you link to for tomorrow's song? Chrissie Hynde? Pretending? Sobbing? The Kinks? (ah yes, it was a cover!) The choice is yours, as long as you can show your working and tell us how you get there!