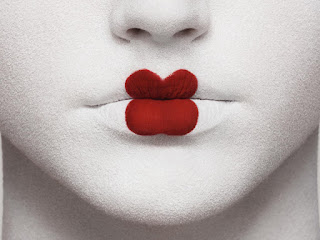 The Autumn Term module for 2nd year MA Character Animation students at Central St Martin's College of Art and Design in London is inspired by the ENO season, with students creating short animation films in response to operas on our stage.

Students are given a brief to undertake individual research into the music, stories, characters and ideas of three ENO productions and to choose one opera to respond to. This year it was Carmen, Madame Butterfly and Rusalka.

Film ideas are selected through a competitive pitch and the selected films are made by the students working in groups over the remaining 8 weeks of term.

The module aims to expose animation students to opera as an art form, both as stimulus for their own creative work and to reveal career opportunities in the industry. It also provides students with the experience of working to a brief provided by an external client, the opportunity to work in a team, and have their work critiqued by professionals outwith the college.


You can watch all this year's short films in full (they're all under 3 minutes long) below...

CARMEN (find out more about the ENO Production here)

This film about the Neapolitan Femminielli - the so called third gender – is inspired by the gender liberation in the opera Carmen, and celebrates a more inclusive approach towards the depiction of gender politics tout court.

This film highlights the theme of domestic violence that continues today, particularly within the traveler community, inspired by the male violence against the character Carmen in the opera.

Inspired by the machismo behaviour in Carmen, this film of a mother living on the US Mexican border who refuses to be dominated by the machismo culture that surrounds her, highlights the violence and human rights abuses against thousands of women around the world.

An exploration of our relationship with Death and how a woman with an unwavering will, processes a concept as inescapable as her own mortality. Carmen fears no man and refuses to submit unless on her own terms.

MADAME BUTTERFLY (find out more about the ENO Production here)

Inspired by Cio-cio-san’s devotion to Pinkerton, this film explores Butterfly’s hope and loneliness as she waits for her husband to come back home, and the tragic consequences of her love.

This film is dedicated to the voiceless Madam Butterflies of the modern day who are victims of someone else’s conquest of lust and greed.

This film uses caricature and farce to explore Pinkerton’s treatment of Cio-cio san as a commodity, abusing his position of power and disregarding the destructive impacts of his actions.

RUSALKA (find out more about the ENO Production here)

A story about love that transcends the distance between the two vastly separate worlds of Rusalka and her Prince. Isolated and agonised by their separation, Rusalka is determined to be reunited with her love.

A sapphic reconceptualisation of the siren and the sailor myth, with a queer spin, set on the banks of the River Rhine against the looming shadow of the Lorelei rock