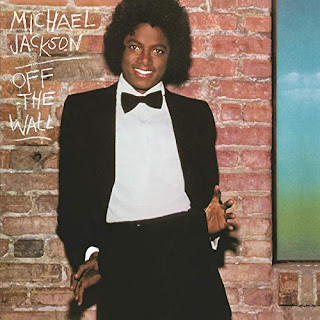 Inspired by our 1989 Turn That Noise Down (TTND) articles, Jimmy Hunter takes a look ten years further back to the music of 1979. This time, he looks back at the Michael Jackson album Off the Wall...

Ok, before we start, I know this may be controversial to some. It is to me too but I’ve figured out a way I can review this album and whilst acknowledging the controversy that goes with it, also acknowledge the sheer brilliance of the production (Quincy Jones) and additional song writing (Rod Temperton). It’s a fine line and it’s a tricky balance and whilst accusations of hypocrisy may be aimed at me (I don’t listen to Wagner) … well, I have no answer except “I know”.

For the final TTND79 we’re listening to one of my favourite albums ever: Off The Wall by Michael Jackson.

I think it’s fair to say that the strongest tracks on this album are those penned by Jackson and Temperton: 6 in all, 3 each. The additional 4 tracks come from very talented writers but I don’t think they are in quite the same league. The album is produced by the legendary Quincy Jones and has all his trademarks, yet the song writing is so good that you can hear the writers’ own trade-mark-sh sounds – or is that (also) due to the amazing talents of the producer? Or perhaps a mixture of the two?

Don’t Stop ‘til You Get Enough – I do actually remember where and when for the first listen. Late 1979, late Saturday night driving from Dundee to Bridge of Cally listening to Radio 1 and the full album version started and I was ecstatic. The bassline is jumpy and rhythmic with a percussion tinkling higher notes. It wasn’t as big a hit in that whilst it charted world wide, it didn’t spend weeks and weeks atop the charts. That, though, does not an anthem make. I regard this as one of the best R&B/funk/disco records ever. Did Randy Jackson make that difference?

Rock With You – from Don’t Stop we slide into smooth silky R&B/funk with flowing harmonies – a Jackson trade mark, almost, in itself – and it’s not too slow as to stop the flow of side one. What it does is provide some delightful light and shade. Commercially successful at the start of 1980 it did just as well on the dancefloor.

Working Day and Night – a Jackson composition, a similar percussion as Don’t Stop but without Randy, yet simplified. A good track though and for me the hook is in the bass line: it’s infectious. A good melody and a galloping BPM keep this record going. A dancefloor hit and listening to it you can hear why.

Get On The Floor – penned by Louis Johnson of Brothers Johnson fame. I was shocked when I found out he died in 2015 at only 60 years old. He’s listed in the top 100 bassists of all time among many of my favourites. From the bass you do hear the Brothers Johnson sound and you also hear that from the mid-section

This is classic Brother Johnson and adds something to the track. Never single release material but a solid album track that ranks well on side 1 of the album. Let’s face it, who didn’t listen to side 1 first? Disappointing to hear a substandard track on side 1!

Off The Wall – sung in a lower register this is actually my favourite album track. Why? The bass and rhythm, the vocal arrangements and the melody. The backing vocals feature largely again and they almost become not backing vocals. If you get me.

Girlfriend – oh dear. A Paul McCartney effort that could have been anywhere between 1978 and 1983. It’s sugary, bland and dull – the lyrics are even worse. Innocuous but dull.

She’s Out of My Life – to quote the lyrics, “it cuts like a knife” through the album. It’s the token broken-hearted love song. Written by Tom Bahler (he and his brother John were part of the Wrecking Crew) this is the only thing of note he’s done solo and you don’t have to listen to closely to figure out why. Jackson’s warbling vocal is awful – he was not a ballad singer – yet the single did well (top 10) in the US so what do I know?!

I Can’t Help It – well it was written by Stevie Wonder and the only thing that’s missing from this record is his own voice. It’s always perplexed me that they really didn’t make this track different enough from Wonder might have done himself. It may have had an added edge. I don’t altogether dislike it as it’s nice background music but that’s it.

It’s The Falling In Love – a Carole Bayer Sager / David Foster effort and recorded by a number of other artists – features Patti Austin but not credited as a duet. I don’t think you’re left in any doubt about the song’s provenance. I thought it rather bland on the first few listens but I quite like it now.

Burn This Disco Out – listening to this you know that it’s what has become a signature Temperton composition. The rhythm and the harmonies are silky smooth and the bass line flows from jumpy to solid and back again (verse/chorus/instrumental etc).

We don’t know for sure if he ever did what he was accused of. After this album he embarked on years and years of facial reconstruction and (amateur) psychologists will be analysing this, along with the accusations, for years. He certainly appeared to be a damaged man but that in no way indicts him.

This album, and the 1981 release of The Jacksons’ Triumph, were peak Jackson output for me and subsequently my interest wandered elsewhere but both albums are firm favourites and that’s partly the reason I wanted to include this album in TTND79 – that and the fact that’s it’s simply a cracking record!

So, have a look at a live recording of Off The Wall from back in the day and enjoy the rhythm.