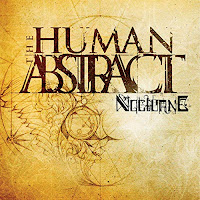 In an effort to further her musical education, Susan Omand has been set "homework" of listening to albums released after the 1980s that she has missed out on. This week she rounds off the list with Nocturne. Night night all...

When I realised the final band on this year’s #EducatingOmand list shares a name with a poem by William Blake, I decided that I would be in for something creatively intellectual (or should that be intellectually creative?). I had also been warned by Mr Ames, tutor extraordinaire, that I “would hate the vocals” so I was pretty sure I knew the kind of thing I would be listening to – some fantastic music as long as I ignore the shouty vocals.

For once, I was right (YAY me!) but, before I continue, I must also mention the great song titles on the album, which are highly descriptive. From Crossing the Rubicon to Echelons To Molotovs, the titles build scenarios in your head before you even listen to the music, at least they do for me.

Harbinger, as a harbinger do, foreshadows the rest of the album with a mix that included some superb acoustic guitar, beefed up with the addition of electric guitar and bass but keeping to the strict ¾ tempo of a waltz, so much so that it sounded positively Straussian! Wonderful stuff. However, this all soon falls apart dramatically with the addition of the RAAAR vocals. It did take a little time and several listens to be able to completely tune those out but it was worth doing because the underlying melody is very complex, switching between the softness of acoustic and some truly bombastic thrash. By the way, this is another case of “listen through headphones” to get the full effect of the instrumentation. The guitar work is utterly stunning and, when the singing is actually singing rather than screaming, the vocal is very good.

Talking of screaming, Self Portraits of the Instincts kicks straight in with the noise but it soon settles down to be a very listenable song. A much simpler underlying rhythm is counterpointed with arpeggiating guitars which are just glorious and you can’t help but admire the technical ability on show.

Nocturne, the title track of the album, is indeed a nocturne in the true classical sense, evoking an atmosphere of the night. The impressive guitar work is back and heightens the feeling of trepidation. This is not a cosy, welcoming night, this is dark and scary but it is by far the better for it.

The rest of the album seems to continue in a very similar vein, with complex and interesting instrumentation and superb guitar work that, dare I say it, gets a little bit samey after a while once you stop being impressed by the technical ability of carrying intricate arpeggios on for so long. Ignoring the vocals (which I really had to for the most part) a lot of the music on the album actually, bizarrely, reminds me of Borodin’s folk dance inspired work in Prince Igor. It has that same feel about it.

There are a few exceptions to the above. Sotto Voce is one of them with beautiful classical acoustic guitar taking centre stage in a very short instrumental work that utterly impresses. And Desiderata, another instrumental, picks up the marvellous waltz time signature from Harbinger but this time the piano does some wonderful work. However, my favourite has to be Mea Culpa which surprised me a lot. It is operatic in its epicness, complete with choral undercurrent, and its shouty bits are a lot less raucous, much more poetic and rap inspired. It feels very like an oratorio, I’m sure there is a story in there somewhere.

So, am I educated this time? Yes-ish but probably in a more general sense. Thanks to listening to this album I now know that there is a sub-genre of music called Neo-Classical Metal and will definitely be investigating that further.

And, with that, Year Two of #EducatingOmand is complete. My end of year report (OK top 5 new discoveries from this year) will be forthcoming in the next few days and then we must wait and see if I find a tutor (OK, person with a list of albums to inflict on me) to go on and do year three.