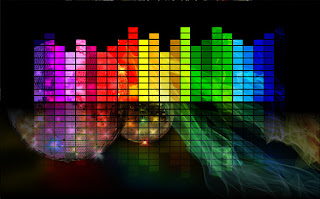 To brighten up the dull days between Christmas and New Year, Jimmy Hunter hustles us onto the pulsating dance floors of the past to give us a short history of disco. Part Two sees him head for a certain New York Nightclub...

We can't think of 1977 without thinking about THAT film … or… THAT soundtrack … or THAT nightclub … or THAT record – you know, the one that allegedly inspired a gazillion keyboards*. It’s right that we do think of those because they were all part of a building movement. Success gained for parts of that movement helped perpetuate it as a whole. I’m not talking about only the music itself but also the culture that was gathering around it/inside it, part of it.

By 1977 the underground venues of the early to mid ‘70s had become less underground and discos were popping up all over the place. There were mainstream venues that catered for the poppy disco type tunes in the charts but both San Francisco and especially New York were pushing boundaries: the opening of probably what would become the world’s most famous nightclub – Studio 54.

Yes we’ve probably all seen the sanitised film of the late ‘90s with Ryan Phillipe as the “I’m not a rent boy” barman, and some of us have thought the film to be rather dire, despite the famous appearances (‘70s disco superstar Thelma Houston appearing as herself). It’s a tabloid view, in my view.

In today’s parlance Studio 54 was a reflection of a polyamorous group of people long kept on the edge of society – gay men, drag queens, trans people and so on. This was a magnification of what was happening throughout the western world.

Dance music had become associated with what would transpire as gay culture. Why? Easy – it was gay venues that were playing dance music after the genre took hold in the early/mid ‘70s in the black clubs and started to spread. Gay men now had their own dance venues, not just simple bars, places where they could dance on proper dancefloors with proper sound systems, where they were (allegedly) safe from persecution and violence.

Recording artists, record labels and DJs (not necessary in that order) spotted this and began to fill the requirements. The first 12” singles appeared, not-for-sale white label DJ only records were circulated via specific outlets and would eventually spawn proper outfits from which professional DJs could obtain remixes: like the Disco Mix Club (DMC).

It was inevitable that this would go mainstream, and it did, so let’s just say it: Saturday Night Fever [read Susan's review of the film here - Ed]. There. Can we move on now? Wellll, not so fast. In the intervening 40 years the Bee Gees became synonymous with Disco despite it happening by chance: the Gibbs were not a disco outfit. All of the group’s output from this period has hammered the airwaves and diluted what I think are fantastic songs to sugary schmaltzy mush – no, I don’t listen to those songs anymore and it’s a shame, as Evelyn“Champagne” King once sang.

But take a listen to some of the album tracks – many were singles and a few were massive hits – TheTrammps and Disco Inferno is another of those records from that time that nostalgia demands we dance to even now yet although it did well commercially, it was a dancefloor smash at the time. Without the past 20 years of ‘70s revival, would these records still be much revered classics instead of cheeeeez? I hope they would.

Most of the music and cultural references were those from New York and San Francisco as those cities had the artists, producers, DJs and, let’s face it, the punters. Most, but by no means all. Frequently forgotten is the European input and influence mainly from France, Italy and Germany. Though less concentrated, the output was no less impressive.

Arguably, the most famous and commercially successful is, of course, Giorgio Moroder. Now he covers two countries: an Italian (Giovanni Giorgio Moroder) who moved to Germany. Known as the “Father of Disco” his output was quite phenomenal and it’s without doubt that he inspired many, many artists and musical styles. Most famously known for discovering Donna Summer, he’s worked with a number of high profile artists but throughout the ‘70s his name was inseparable from Disco and electronic music. Just have a listen to one of his first hits, a composition sung by Chicory Tip – Son of My Father.

Love and Kisses – IFound Love (Now That I Found You)
Munich Machine - Get On the Funk Train
Voyage - From East toWest
Lamont Dozier - GoingBack To My Roots
Rah Band - The Crunch
Candi Staton - Nights on Broadway
Grace Jones - La Vie en Rose
Chic - Dance! Dance!Dance! (Yowsah Yowsah Yowsah)
Brainstorm - Lovin' Is Really My Game
Cerrone - Give Me Love Melody (Give Me Love/Love Is Here/Love Is The Answer)

[To get the party started, we've created a YouTube Playlist below of ALL the songs that Jimmy has mentioned in the article (plus the full soundtrack album to Saturday Night Fever at the end, you're welcome). So put on your dancing trousers and get down... - Ed]