Turn That Noise Down - Eric Clapton 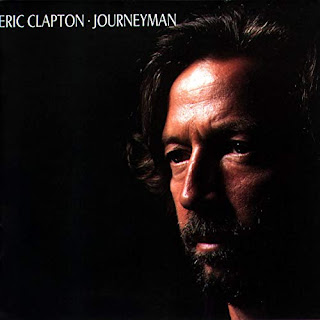 So many well-known albums turn 30 this year and Steve Taylor-Bryant and Susan Omand travel back to 1989 to revisit some of the sounds of their youth that made parents shout "Turn that noise down!" This week, Susan digs in to Journeyman...

The music of Eric Clapton (or Eric Clapped-Out as my father used to call him) was always a fixture in the household growing up with, surprisingly, both my parents being big fans of his work. So much so, that I can’t really remember when I first heard that distinctive guitar sound; from the Yardbirds to the Bluesbreakers, Cream to Blind Faith, Derek and the Dominos to his own solo work, that Slowhand sound has just always been part of my soundtrack growing up.

Journeyman is Clapton’s 11th studio album and marked a bit of a comeback for the newly-sober star after a few years away from recording and a slew of Greatest Hits released which could have sign-posted the end of his career. As you’d expect from such an experienced veteran of the music business (by this point he’d already been recording for over 25 years), this is an incredibly polished album with a cast of thousands; well that’s what it feels like with the likes of George Harrison, Phil Collins, Daryl Hall, Robert Cray, even Chaka Khan and Womack & Womack, lending their talents to the songs on the album.

There’s also a real cross-section of music on the album, from the reggae styling of Pretending, harking back to his I Shot The Sheriff days, to the heavily synthesised 80s ballad of Anything For Your Love. There’s the poppy commercialism of Bad Love and the down-home jazzy blues of Hard Times which is a cover of the classic Ray Charles song. Talking of covers, next up is Hound Dog, but with a much more stripped back feel than Elvis ever gave it. This contrasts wildly with No Alibis which is late 80s soft rock personified. Run So Far is different again and sounds, well, like the George Harrison track that it is. Old Love is a modern, for the time, twist on the blues sound, showcasing Robert Cray’s wonderful guitar in a stunning solo, before the tempo lifts again for the cool, but very 80s, sound of Breaking Point. Womack & Womack add vocals to their self-penned soft 70s sound of Lead Me On and the album is rounded out with some good old fashioned rock and roll blues in Before You Accuse Me.

My absolute favourite track on this album though, is Running on Faith. Yes, it’s a slushy one but I love the simplicity of the melody, the piano and the gospel choir and that end-of-the-night feel that just has that classic Clapton guitar sound that I remember from my youth.