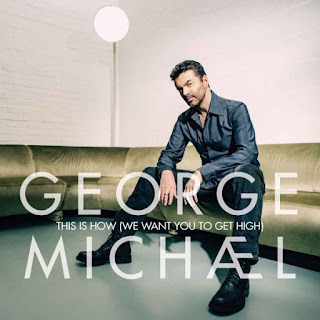 Listen to George Michael’s brand new, previously unreleased single "This Is How (We Want You To Get High)" from the film soundtrack of Last Christmas...

George Michael gave the world some of the greatest ever pop songs, including, according to some, the greatest ever Christmas record. Now, some 35 years on from the iconic Last Christmas, This Is How (We Want You to Get High), co-written and co-produced by George Michael and collaborator James Jackman, has been included as part of the soundtrack to a film which celebrates his music.

The previously unreleased track, which was recorded during George’s final studio sessions, is his first original material to be shared for seven years. A funky, upbeat soon-to-be-classic, This is How (We Want You to Get High) has a seductive George Michael hook and melody that will delight his legion of loyal fans and electrify a whole new audience. The lyrics, written exclusively by George, see the star addressing society’s ills with his trademark blend of self-deprecation and wry humour.

Work on the song began in early 2012. The track was subsequently developed and recorded in sessions at Air Studios in London, before the finishing touches were added in late 2015 during George’s final recording sessions.

With its uplifting vibe and socially-conscious message, This is How (We Want You to Get High) is a fitting finale to Last Christmas, Universal Pictures’ new romantic comedy. The film was inspired by the eponymous Wham! hit, and has a soundtrack featuring three Wham! tracks and twelve songs from George Michael’s solo career. Director Paul Feig describes the movie as ‘a love letter to George’.

The film was co-scripted by Academy Award®winner Emma Thompson, who stars alongside Emilia Clarke, Henry Golding, and Michelle Yeo (Watch the trailer below). Thompson visited George at his North London home in the Spring of 2013 to talk through her ideas for the screenplay. George loved what she had to say and gave his blessing. Various versions of the script were then developed before George’s sudden passing on Christmas Day 2016.

In the Spring of 2018, after discussions over which songs would be in the film, Emma Thompson was given an exclusive preview of four new, finished and unreleased George Michael tracks. She instantly fell in love with This Is How (We Want You To Get High), remarking how the lyrics resonated with the film’s central themes.

Here's the lyric video for that song: 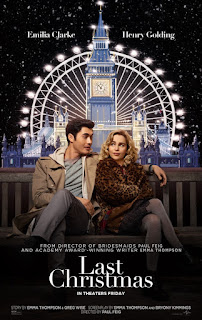 ABOUT THE FILM LAST CHRISTMAS

Kate (Emilia Clarke) harumphs around London, a bundle of bad decisions accompanied by the jangle of bells on her shoes, another irritating consequence from her job as an elf in a year-round Christmas shop. Tom (Henry Golding) seems too good to be true when he walks into her life and starts to see through so many of Kate’s barriers. As London transforms into the most wonderful time of the year, nothing should work for these two. But sometimes, you gotta let the snow fall where it may, you gotta listen to your heart … and you gotta have faith.

Last Christmas features the music of George Michael, including the bittersweet holiday classic of the film’s title. The film will also premiere brand new unreleased material by the legendary Grammy-winning artist, who sold more than 115 million albums and recorded 10 No. 1 singles over the course of his iconic career.

The film is produced by BAFTA winner David Livingstone for Calamity Films, by Emma Thompson, and by Paul Feig and Jessie Henderson for Feigco Entertainment. The film is executive produced by Sarah Bradshaw.


The soundtrack for the film is now out and the film itself, currently in cinemas in the US, will be released in the UK on 15th November.