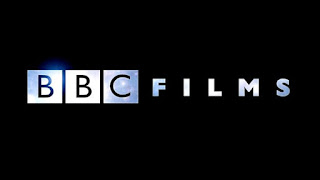 Follies will be adapted for the screen and directed by four-time Olivier Award-winning and Bafta-nominated theatre, TV and film director and writer, Dominic Cooke. Cooke directed the critically acclaimed, award-winning revival of Follies at the National Theatre in London in 2017, when it was nominated for ten Olivier awards, including Best Director. Since then, Dominic has successfully transitioned over to television and film, beginning with his adaptation of Shakespeare’s Henry VI Parts 1 and 2 for BBC TV’s The Hollow Crown: The Wars Of The Roses as well as his first feature film, On Chesil Beach, starring Saoirse Ronan and Billy Howle.

Based on the book by James Goldman and with music and lyrics by Stephen Sondheim, Follies features classic songs including Broadway Baby, I’m Still Here and Losing My Mind. It first appeared on Broadway in 1971, going on to be nominated for eleven Tony Awards and winning seven.

New York, 1971. The performers who made Dimitri Weismann’s Follies such a hit gather for a final farewell party. Tomorrow the iconic Weismann theatre will be demolished, but for one last time, the Follies’ girls and their beaus come together to remember and rekindle their past.

Cooke said, “I’ve always loved Stephen Sondheim’s work and directing Follies at the National Theatre was a dream come true. Every note, every word of every song from Losing My Mind through Broadway Baby to I’m Still Here charts exactly where the character is emotionally and psychologically. Such material is gift for any director. James Goldman’s skillful book nods as much to the golden age of movie musicals as to Broadway, so it feels like natural material to turn into a movie. Having the chance to work with such talented, accomplished producers as David Heyman and Rosie Alison, plus the brilliant Rose Garnett and her team at BBC Films, is a huge honour."

Follies will be produced by David Heyman and Rosie Alison. Rose Garnett, Director of BBC Films, will executive produce.

Stephen Sondheim said “Over the years, there have been many attempts to bring Follies to the screen, but not until Dominic Cooke’s brilliant production at the National Theatre of Great Britain did it seem like it could be a real movie. I’m more than delighted, I’m thrilled, that it’s finally going to happen.”

Here's how Follies looked at its recent production in the National Theatre: