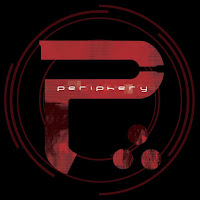 In an effort to further her musical education, Susan Omand has been set "homework" of listening to albums released after the 1980s that she has missed out on. This week she brings Periphery 2 centre-stage...

As I started my preliminary research for this, the penultimate album in my Educating Omand odyssey, something bugged me. Misha Mansoor, guitarist, producer and general all-round talented git with Periphery, was a name I recognized. But where from? I didn’t know the band at all, and I didn’t recognize any of the other projects that Mansoor had been involved in… that is, until I came across a line right at the bottom of a wiki page that mentioned that he had contributed to the soundtrack of Halo 2 Anniversary alongside Steve Vai. Aha! (No, not the Scandinavian band, the verbal interjection of comprehension). That’s where I’d heard of him! Mystery solved, I settled down to listen to Periphery 2, This Time It’s Personal. Here’s a track by track:

Muramasa is a short but sweet opener that surprises you with a completely unexpected almost Robert Miles/Mark Snow type electronic ambience before the most glorious guitars drop in and the full weight of Periphery hits you square on in a very good way. I can even forgive [i.e. ignore – Ed] the shouty bits because the rest of the singing, from front man at the time Spencer Sotelo, is superb and the composition and instrumental arrangement immediately had me hooked.

More unexpected brilliance at the start of Have a Blast, which mixes classical violin with ambient synth in a spiky theme before the rest of the band fill it out. The addition of stunning guest solo work from Asia (and erstwhile Hans Zimmer collaborator) guitarist Guthrie Govan ensured I stayed listening.

Facepalm Mute is much basier (yes, it’s a word) than the previous track, giving a more 90s rock feel, that reminded me of bands like the Chilis at their heaviest (not a bad thing by any means). But there is also a glorious discordance to it that keeps it melodically interesting too. And then suddenly, half-way through, it drops right out into tinkly ambience with a real complexity to the time signatures that really impressed and I loved the piano at the end.

Ji is another surprising contrast, but this time there’s the discordance of industrial metal at the start which evolves into properly prog guitars but with almost pop-festival singalong sections interspersed before dropping back to the much heavier stuff at the end. Confused? You will be, but very agreeably so.

I must admit that, after all that, I found the next track, Scarlet, a bit of a disappointment. It’s not bad at all, far from it, a good solid rock track, but after the innovation of the previous tracks it felt a little… safe. A bit of investigation turned up the fact that this is one of 3 singles off the album so that kind of explains it – it’s commercially crowd-pleasing rather than the experimental niche of other tracks.

Back on, or rather, off, the beaten track with the next one as Luck as a Constant starts with a beautiful acoustic guitar before going full of batshit with atonal prog guitar, thrashing bass and frenetic drums. Over this (ignoring the shouties) soars the voice of Sotelo, who really can sing when he puts his mind to it. Just as you settle into a false sense of thrash security, back comes the acoustic sound and a very soft melodic section that grows into pop-rock in a very satisfying way with another superb string-widdly guitar solo thrown in for good measure.

Given the commercialized feel of Scarlet, I was quite surprised that Ragnarok was chosen as another single off the album as it immediately sets you magnificently on edge with a diminished 7th (I think? I’m sure I’ll be corrected) thrown into the synth at the start. That synth carries on noticeably under the rest of the song giving a good electronic feel which is added to by dominant distorted guitars and, to be honest, the shouty stuff really works with the darkness here. The arpeggiated synth chords pick up again in the middle giving colour and depth to the more melodic second half of the track and the final minute or so is pure Ibiza chill which is beautiful. Yeah, maybe this is single material after all but it is lovely.

There’s a guitar riff in The Gods Are Crazy that reminds me of the Manic’s Design for Life and, yes, that puts me off it a bit but the chiming baseline in the middle of the track, intentionally out of time and out of tune with anything else, is superb and more than makes up for it.

Make Total Destroy (sorry that should probably be all in capital letters like it is in the track listing) is a bit raucous to start with but there’s a lot of interest going on underneath the growling with a real Mission Impossible feel to it. In fact, even the growly stuff makes a lot of sense here as it works almost like a rap – not trying (but also not not trying if you see what I mean) to match in with any melody but with a spoken word rhythm of its own. When the singing does start it’s all very Led Zeppelin and I really like the feel of this track. So I was surprised that it was the first single released from the album. Yes, it really gives an overview of what the rest of the album is all about, but I don’t see that it would commercially appeal.

Erised has a sense of Celtic rock about it. The guitar sound at the start reminds me of early U2 and Big Country but this is eclipsed by the exceptional guitar solo work of guest John Petrucci of 80’s prog band Dream Theater fame. I must also say that the percussion on this is stunning, being highly complex without sounding at all muddy.

Epoch… hmmm. I guess there had to be one iffy track on the album and, for me, this is it. Surprisingly, considering my aversion to the growlies, my least favourite on the album is an instrumental one and it is still ok, it’s just a bit bland wallpapery for me compared to everything else.

Froggin’ Bullfish I love even before I’ve heard it. What a fantastic title! Now, fans are going to kill me probably, because it really sounds more like the overture to a rock musical than anything else. There’s the slight Broadway tweeness to the melody but that’s a really good fun aspect to it. The atonal chiaroscuro of the guitars and the “fell over the bins” drums make for a fascinating track and that’s before you add in the bell-like clarity of the classical guitar at the end, complete with guitar squeaks! Superb stuff.

Mile Zero has a lot to live up to after Bullfish but it still manages to be interesting. I really like the tone of the guitars at the start that sounds like they shift from being heard on the radio to being “live”, it’s a cool effect. It’s also a great track for showcasing the softer vocal side of Sotelo as he occasionally has to tackle almost a capella as the instrumentation is stripped back in bits, to just prayer bells and superb electronic percussion. I must admit the bottle cap pop near the end of the track threw me for a while because I have that sound for a notification on my phone and I didn’t understand why there wasn’t anything – d’oh.

Masamune is the final track and, even though it’s still as instrumentally and rhythmically intricate as the other work on the album, it does seem to have a much more laidback feel to it at the start. Then it suddenly darkens, knocking you out of that false sense of security with monotonic bass, industrially electronic feedback and leaves you with a real sense of disquiet and a marvelous way to round out a captivating album.

What a stunning album. The complexity of the composition and the technical expertise of the arrangements left me in awe but it’s more than that, there is artistry here that, to be honest, you don’t often get in a rock band. This is classical orchestration, the lack of fear in the use of light and shade for the counterpoints, the shock of atonality without any clunky jarring, the ability to surprise, to twist a non-verbal narrative is incredible. So, am I educated by listening to Periphery? Oh, hell yes. Along with being mightily impressed, slightly confused, more than a little spooked and absolutely, utterly enthralled.