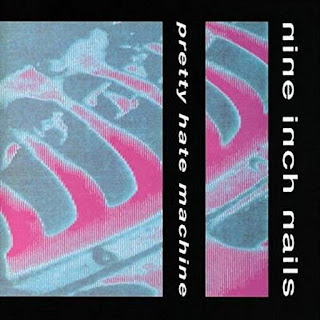 So many well-known albums turn 30 this year and Steve Taylor-Bryant and Susan Omand travel back to 1989 to revisit some of the sounds of their youth that made parents shout "Turn that noise down!" This week, Steve really did get shouted at...

You get relatively few opportunities to experience firsts in music. Yes, every time you listen to something new it’s a first but usually you’ve been the victim of advertising, or had something recommended by a friend, or in this modern age your streaming service of choice has foisted something upon your lug holes. These aren’t “experiences” these are accidents of opportunity, one of my greatest experiences of firsts happened in an Our Price record shop (young people think Spotify but you physically had to catch a bus to get there and queue to pay). I went in with some money I’d earned helping a local garage during time off school and I’d usually buy something I knew, Aerosmith or someone, or a 7”single listed on the wall as a chart climber. I never took a risk, even buying bands that were gone before I was born because my dad had suggested them. I’d never heard of Nine Inch Nails, my more musically open friends hadn’t either. I liked the cover. I liked that it wasn’t stacked in any category on the shelves, it was just sort of there on its own in the corner next to the listening booths. I bought it for all these reasons or maybe because I was bored at the time and wanted to go home, whatever the reason I arrived in my room opened the lid on my record player and put the vinyl circle down. I started the player and gently dropped the needle in the groove and then life was never the same again.

We call this series of articles Turn That Noise Down as a mocking nod to something our parents may have said at the time because what we’re reviewing is so old but for the first time in doing these articles the title is actually true, my mum screamed it up the stairs. She’d let me listen to Head Like a Hole but by the time Terrible Lie came on she was apoplectic. I continued into Down In It and then the row started. It lasted through tea into the evening. Never before I had I been so passionate about defending my right to listen to music loudly and we are a musical family so very rarely did volume become a bone of contention. Something happened when I played Pretty Hate Machine that put my mother and I at musical odds with each other.

We soon got over it and she screamed at me for other things, whatever those things were I shouldn’t have been doing them and deserved the bawling, but we never had a row about music again. Nine Inch Nails had something that crawled into my soul and wouldn’t let go and something about the music brought out a fear in my mother like I’d never seen. That’s an experience, that’s a first, that’s music affecting at a primal level, that’s just bloody wonderful.