Turn That Noise Down - Billy Joel 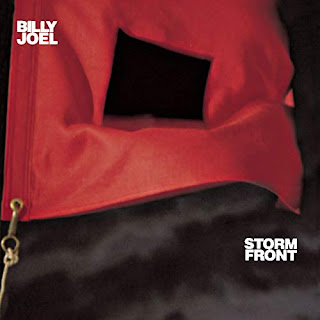 So many well-known albums turn 30 this year and Steve Taylor-Bryant and Susan Omand travel back to 1989 to revisit some of the sounds of their youth that made parents shout "Turn that noise down!" This week, Steve gets to wax lyrical about a favourite...

Billy Joel was my first relationship with an adult outside of my immediate family; from a young child to the man I am today, his music has been my life’s soundtrack. If I had to give up everything entertainment wise in my life except for one thing that one thing would be my Billy Joel collection. Not many people can make that hypothetical choice easily but I know, right down to my bones, that I can’t live without Billy’s discography in my life. I’m comfortable knowing that about myself, I’m not ashamed or embarrassed, I love Billy Joel like he was my own father which is why I was so excited to do this years TTND as it’s one of the few years where I’ll get a Billy Joel to write about, in fact it’s Storm Front his penultimate studio release. Now, 80’s Joel was not to everyone’s taste, and obviously those people have to live with how wrong they are, but some people actually have the audacity to think that Storm Front is not a great album! Prison for the lot of them is not good enough, but I digress, Storm Front is a powerhouse of a record.

This album had everything you need to prove that Billy Joel is a rare talent, not that should it need proving. Where else could you have every event in the Cold War era listed as lyrics and still be entertained? Do you know how hard We Didn’t Start the Fire was to write? I do because I’ve written a version you’ll see in December just using events from 1989 and I’m still not happy with it and I’ve been writing it for nine months! There’s a beautiful song about fishing and the economic problems of fishing off the coast of New York, who else could write The Downeaster “Alexa”? No one, that’s who. A song about the hardships for fishermen takes an utter genius to compose and to make it such a beautiful, melancholic and musically interesting song is more than many of you deserve.

There is stunning songs at every turn, from That’s Not Her Style, the two I’ve already ranted at non believers about, State of Grace, Storm Front, and I Go to Extremes are upbeat beauties, Shameless is nothing short of wonderful and even after thirty years is a joy to listen to. When in Rome with that keyboard and sax at the start transports me back to Billy in his pomp, And So It Goes still brings me to tears and if you only ever experience one Billy Joel song make it that one. It’s a piano and lyric poem played on your heartstrings.

I’m leaving you with Leningrad though. The Cold War is my particular fascination in history and for Billy to play in Russia was a huge thing culturally. To hear his experiences in such a melodic way, to see a comparison between them and us transposed so eloquently is my abiding memory of my first listen through this album.