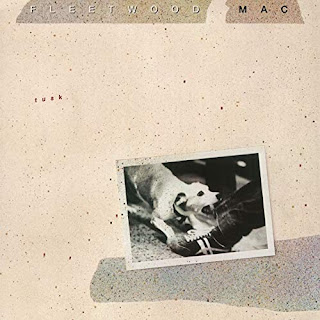 Inspired by our series of articles looking back at music released 30 years ago, Jimmy Hunter takes a step further back in time to give us a Song of the Day 1979. This week, he gets taken to task... er, Tusk...

I've tried to vary the records I've reviewed this year and I hope I've been successful in that. There are, however, some records that need no introductions for certain generations and certain fans - this is one of them.

What can I say that's not already been said or written about this record or the group itself? The stormy relationships between the band members (notably Buckingham and Nicks); the drug taking; the parties; the break-ups; the reunions. I won't add to any of that.

Right now in 1979 the band was riding the crest of a wave. The record had a good run in the charts and the album was very successful spending 27 weeks in the charts and re-charting in 1988 and again in 2015 (though not repeating the record breaking 803 weeks that Rumours spent in the charts).

When a band or recording artist is on a (commercial) roll their music seems to do one of two things for fans - gets better or gets worse, with accusations of over commercialisation etc. I don't agree with that being levelled at the Fleetwoods. The change from folk to rock, even with the introduction of folk duo Buckingham and Nicks, their music progressed as they did - and changed, in my opinion, also due to how much blow was being chuffed in the recording studio as well as out of it.

The drums start the record off and march all the way through and together with the punctuating shout of TUSK! you have your hook. The bass is clever as is the melody and when you listen to it I hope you realise that it's not as simply as it seems on first listen. The arrangements and orchestration are good and you can tell that they were definitely perfectionists.

There's a lot going on with this record and yet it's not over produced and I've always loved it - it just makes me feel good. I hope some of that runs off on you too when you view the official music vid for it ...