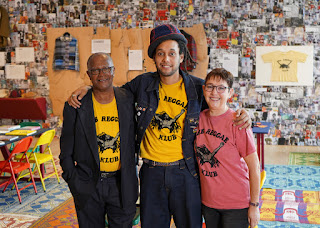 V&A Dundee will recreate one of Scotland’s earliest reggae club nights at a one-off event next month, in celebration of its current exhibition Studio Nicholas Daley...

Nicholas Daley, who regularly collaborates with musicians and DJs when creating his collections, has curated an evening that will pay homage to grassroots club night The Reggae Klub.

The original Reggae Klub was started by Nicholas’s parents as a way of bringing people together through their shared passion for music and travelled to clubs across Scotland between 1978 and 1982. His mother Maureen, from Dundee and father Jeffrey, from Jamaica, first met in Dundee nightclub The Barracuda. 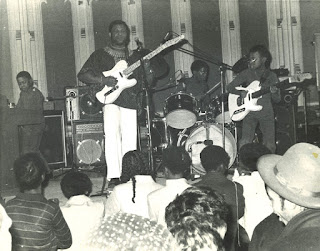 Jeffrey Daley, otherwise known as I-man Slygo will play a selection of the original Reggae Klub tracks at the special night produced by Nicholas Daley and V&A Dundee.

Nicholas Daley said: “My parents started a reggae club because they felt at that time in Scotland there wasn’t a space for that type of music. An ongoing source of inspiration for my work is music and family and I’m excited to be in Dundee to build on and recognise what they started 30 years ago.”

Other highlights planned for the evening include a collective knitting workshop led by Maureen Daley using end of line yarn from Loch Carron. 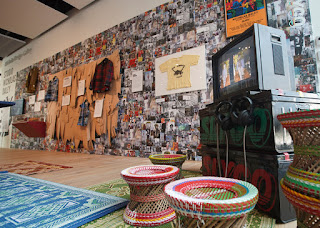 Today, Daley’s designs are grounded in a rigorous investigation into his Jamaican-Scottish identity, with his work heavily influenced by his Dundee and West Indian roots as well as music and revolutionary figures from history.

During the day, Nicholas will host a panel discussion exploring the intersection of fashion, music and identity, questioning and reflecting on the notion of multiculturalism within British identity. He will be joined by long-term collaborators Kayus Banks of Young Fathers and Nabihah Iqbal with additional guests to be confirmed.

Mhairi Maxwell, V&A Dundee Project Curator, said: “When we first started to develop Studio Nicholas Daley, we talked about how fantastic it would be for the Reggae Klub to take over the museum for one night only, and here it comes.

“We’re looking forward to a night of music, dancing and performances, with a fantastic line up from reggae-roots legends who originally performed at the Daley’s club-night and bringing it right up to date with the talent of today.

“Nicholas Daley collaborates with artists and musicians as part of his practice, his fashion shows are more like gigs than catwalk affairs. I am excited for people to see and experience Studio Nicholas Daley come to life.”

The Scottish Design Galleries and latest blockbuster exhibition Hello, Robot. Design between Human and Machine will also be open and free to enter.

Tickets for the panel discussion are available to book NOW

V&A Dundee has recreated the studio of Nicholas Daley, one of the UK’s most exciting young fashion designers, in an exhibition exploring the creative processes behind his collections. Credit - Michael McGurk
Email ThisBlogThis!Share to TwitterShare to Facebook