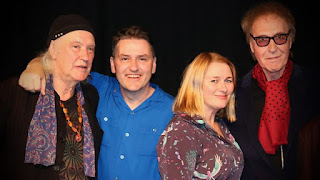 In the year of its 50th anniversary, and with a newly remastered double CD re-release out today, The Kinks’ album Arthur (Or The Decline And Fall Of The British Empire) has been transformed into an audio drama for BBC Radio 4....

Arthur has been adapted by The Kinks frontman and modern music icon Ray Davies himself, alongside Olivier-nominated playwright, dramaturg and musician Paul Sirett.

The story - of both the drama and the original album - sees a close-knit, working-class family torn apart when Ray's brother-in-law, Arthur, decides to move his family half way around the world to Australia.

Ray Davies said, “The album Arthur (Or The Decline And Fall Of The British Empire) is inspired by real life events. Arthur’s generation returned from war to find Britain’s future in the midst of cultural and social change and political uncertainty, much like today. A play set yesterday about all our tomorrows.”

Arthur features songs written at a pivotal time in British culture that have been re-versioned especially for Radio 4, fifty years later. The cast includes Lee Ross as Arthur and Rosie Cavaliero as Rose (see below for the full cast list).

Radio 4 Commissioning Editor for Drama and Fiction, Alison Hindell, added “It's not often that a radio drama makes you want to dance as you listen but this reinvention of Ray Davies and The Kinks' seminal album really does. It's a heartfelt true story of a particular moment in recent history that has resonances today about the ways in which we connect as humans at times of great social change - through story, music, home and family.”

The audiodrama will be broadcast on BBC Radio 4 on Saturday 2nd November from 2.30-3.45pm 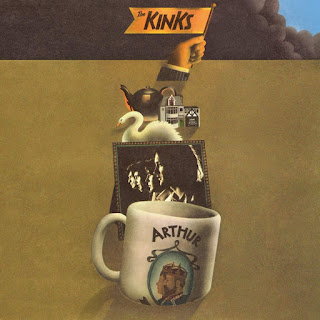 Today also sees the re-release of the original album on double CD with a deluxe box set coming on 25th, which includes the previously unreleased track The Future (listen to that below).

The box set contains 4 CDs comprising of 81 tracks in total, 5 of them unreleased and 28 previously unreleased versions. These include 2019 newly remastered versions of the original album from HD sources (in its original track listing), mono and stereo single versions, B-sides, alternate mono and stereo mixes, rehearsal tracks, BBC mixes and the lost Dave Davies’ solo album, with bonus tracks.

The Songs in the audiodrama are:

Guitar by Bill Shanley
All Songs Written By Ray Davies

A Sweet Talk Production for BBC Radio 4
Email ThisBlogThis!Share to TwitterShare to Facebook