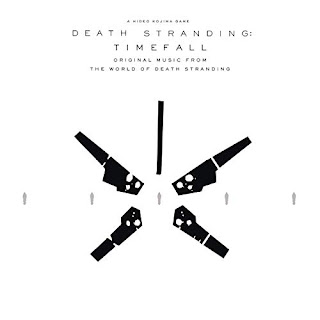 RCA Records has partnered with Sony Interactive Entertainment (“SIE”) to release Death Stranding: Timefall (Original Music from the World of Death Stranding) on November 7th. Listen to the first track from it, Death Stranding by CHVRCHES...

CHVRCHES says, “We were really excited about the opportunity to work with Kojima because we have been fans of his work for a long time. He has always been such a visionary in the gaming world and we were honoured to be involved in the project. The concept of “Death Stranding” is so unique and really felt to us like it was challenging people to care about the world they create -- in the game and otherwise. We wrote this song specifically for “Death Stranding”, thinking of the themes of the game and what it is trying to say to people."

From legendary game creator Hideo Kojima comes an all-new, genre-defying experience for PlayStation®4 system. Sam Bridges must brave a world transformed by the Death Stranding. Carrying the remnants of our future in his hands, he embarks on a mission to reunite the shattered world. With spectral creatures plaguing the landscape, and humanity on the verge of a mass extinction, it’s up to Sam to journey across the ravaged continent and save mankind from impending annihilation. What is the mystery of the Death Stranding? What will Sam discover on the road ahead? An unprecedented gameplay experience holds these answers and more. Starring Norman Reedus, Mads Mikkelsen, Léa Seydoux and Lindsay Wagner.