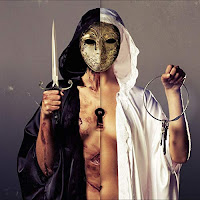 In an effort to further her musical education, Susan Omand has been set "homework" of listening to albums released after the 1980s that she has missed out on. This week she tackles an album with far too long a title ...

With these words from a fortnight ago, from my #EducatingOmand tutor Mr Ames, ringing in my ears, I set forth to see what this week’s assignment was all about.

The band is called Bring Me The Horizon (BMTH for short) and, as with many of the bands this year, I had never even heard of them. It turns out they’re from Sheffield! [Whether that’s a good thing or not I will leave it to you to decide – Ed] And the main thing that font of all knowledge Wikipedia says about them is that they’re a rock band with touches of electronic and metalcore. Okay, that doesn’t sound TOO bad. The album I’ve been given is their third studio outing and has a great, if wordy, title of “There Is a Hell Believe Me I've Seen It. There Is a Heaven Let's Keep It a Secret.” My investigations tell me that it was written in Scotland and recorded in Sweden [does this band only work in places that start with S? – Ed]. Can I also say, before we get into the music, that I really like the cover art for this one. More digging and I find out it is by Plastic Kid, the alter ego of Copenhagen-based avant-garde graphic designer and filmmaker Jakob Printzlau, who I have actually heard of. In an interview in Kerrang (see I do do my research), BMTH front man Oli Sykes said they “didn't want to be too cheesy and have an angel and a demon on the cover” to evoke the Heaven and Hell aspects, aiming more for the artwork to have “kind of a cult feel to it, like [Kubrick’s 1999 film] 'Eyes Wide Shut'.” It certainly works like that for me as that’s what I immediately thought of when I first saw it.

Anyway, on to the music. I definitely don’t despise it. I don’t like all of it, obviously, because there’s a lot of unnecessary shouty stuff which I am getting very good at tuning out but, ignoring the vocals, there’s a lot of interesting stuff going on in the music itself.

Crucify Me lulls you into a false sense of the security at the start of the album with a simple melody before the thrash drums hit. However that melody is intelligible underneath all the shouting, indeed it develops into a complex, almost “Big Country” sounding guitar line (when you ignore the rest of it) and I love the almost club-like electronica and distorted choral vocals in the chorus.

Anthem keeps the speed up with anthemic (sic) choruses that would be fairly epic live. It’s a nice touch to keep the same melody from track one going in snippets and I love the dropoff near the end which is incredibly Orb-like. As a music track though (ignoring the shouting) it actually reminds of the Prodigy, and is a strong contender for my favourite on the album.

It Never Ends again has beautiful choral work over punky guitars and interesting breaks in the rhythm as it dots from ear to ear [pro tip ALWAYS listen through headphones even if you’re the only one in the house – Ed] and I really like the contrast of the chiming silences.

Fuck. No, that’s the title of the next track. It nearly has some singing on it, thanks to Josh Franceschi, the frontman of You Me At Six. There are again some lovely melodic moments, interesting rhythmic devices and the beeps really work. You’ll just have to believe me on that point. And the strings at the end are so totally unexpected it’s beautiful.

These strings run on to the start of the next track, Don’t Go, which has almost intelligible shouting at the start which is like a slow rap. The snare drum is very militaristic and the Spanish guitar and female vocal (from Canadian singer Lights) make it sound like an Eminem track in bits. It benefits a lot from being a slower tempo to what’s gone before and is another contender for favourite.

Home Sweet Hole ramps the speed back up and the lead guitar makes some fascinating leaps of faith in this one, wandering over the driving backline. Another anthemic chorus that would work so well live balances brilliantly with the sudden muffled sections (yes deliberately done, I checked) adding a cool contrast.

Alligator Blood is probably the track I have least to say about on the album. It’s insistent and noisy but, for me, has nothing special or interesting about it. It’s filler at best.

Visions gets back to being more interesting with a stuttery rhythm section breaking up the constancy in a suitably disquieting way. And a soaring guitar kicking in near the end to revisit the melody from the first track again is interesting.

I love the way the start of Blacklist grows, with feedback and distortion. For me, this is one of the heaviest tracks on the album and has a very early 70s hard rock feel, made even moreso by the sudden cut.

Memorial has a stunning start. That synthesised organ and twangy guitar just creeps into your bones. This is emphasised by the highly muffled recorded radio voice that travels between the speakers making you feel like you’re missing out on something important.

This leads directly into Blessed with a Curse. Again the shouty stuff has an Eminem rap feel about it before the guitars kicks up again and, yes I do love the Zeppelin feel of the guitar later in the track. The piano is also totally unexpected and adds an extra layer of complexity. A third contender for favourite.

The Fox and the Wolf is the final track on the album. Mercifully short, it’s a disappointment for me, adding nothing to what had gone before and I would have far rathered it had been left off.

So yes, an interesting album indeed with a lot going for it despite the shouties. To use an artistic term the music shows a lot of chiaroscuro, strong contrasts between bright and dark, light and shadow and, given the name of the album, I think the band’s intention of defining heaven and hell has been well filled without descending into cliché.

You can count me educated this time. Not only because I have now heard of the band but I can appreciate their artistry in conveying a mood without being cheesy. With three contenders for favourite, I’ll pick Blessed with a Curse because it’s so different to all the others on the album.