Turn That Noise Down - Tears for Fears 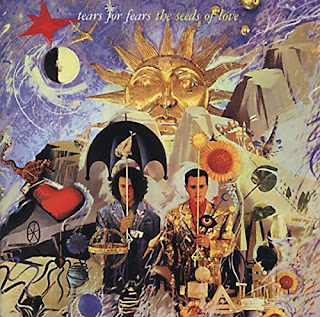 So many well-known albums turn 30 this year and Steve Taylor-Bryant and Susan Omand travel back to 1989 to revisit some of the sounds of their youth that made parents shout "Turn that noise down!" This week, Steve sows The Seeds of Love...

Tears for Fears were a big name by the time their third album was slated to appear in the mid 1980s but, even as a teenager at the time, I knew the cracks were starting to show. There were fewer appearances on television, the magazines of the day reported band member after band member leaving and it was my first recollection of the term ‘creative differences’ being used. By the time 1986’s The Seeds of Love actually appeared in late 1989 I will admit I’d stopped caring about Tears For Fears, I’d moved on from synthesised pop of my childhood and had branched out into different styles and more organic sounds, which is why, when I did finally listen to The Seeds of Love, I was genuinely impressed.

When an album costs in excess of a million pounds to produce today eyebrows still raise, but a million pounds for what is essentially eight tracks back then was a massive gamble and I like to think it paid off. There are varying styles, each suited to the tracks recorded in their vein, and lyrically much of what was written has stayed with me, especially the Margaret Thatcher nods in Sowing the Seeds of Love

‘Politician granny with your high ideals, have you no idea how the majority feels?’

Ultimately though this would be the end of Tears For Fears as we knew them. Roland Orzabal and Curt Smith wouldn’t record together again until the next century and I only really liked Raoul and the Kings of Spain from the solo stuff Orzabal put out as TFF. The Seeds of Love is maybe not the send off the original band deserved but it’s certainly not a dud with eight tracks showing some serious musicianship and pleasing my ears.