Turn That Noise Down - Faster Pussycat 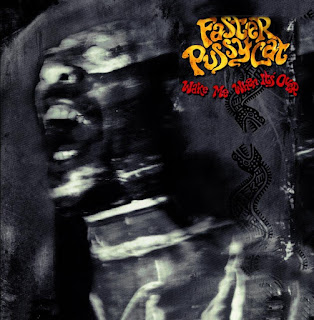 So many well-known albums turn 30 this year and Steve Taylor-Bryant and Susan Omand travel back to 1989 to revisit some of the sounds of their youth that made parents shout "Turn that noise down!" This week, Steve says Wake Me When It's Over...

I’d honestly forgotten Wake Me When it’s Over existed. I still have my vinyl of the 1987 debut (read my review of that here) but this one somehow slipped me by. It shouldn’t have done as it’s superb!

Where There’s a Whip There’s a Way opens the album in classic Faster Pussycat rock punk style with some stunning changes throughout the song and great guitar work by Brent Muscat and Greg Steele with energetic drumming from the soon to be fired Mark Michals, and an altogether heavier bluesy style than the debut record that drifted into glam territory quite often.

I thoroughly enjoyed every track of Wake Me When it’s Over and now I have the album on my phone will be listening to it more often. First run through saw Where There’s a Whip, Little Dove, and Tattoo as highlights whilst on the second listen it was other tracks including Poison Ivy. I’m supposed to give you House of Pain now as the video was made by Michael Bay and was the best performing single released but I’m not going to. I couldn’t find a video for Little Dove so instead I’m going to let you watch Poison Ivy, not directed by Michael Bay instead and leave you with a warning. Don’t be like Mark Michals, don’t have heroin delivered to yourself on tour by a reputable parcel dispensing service, it’s not cool.