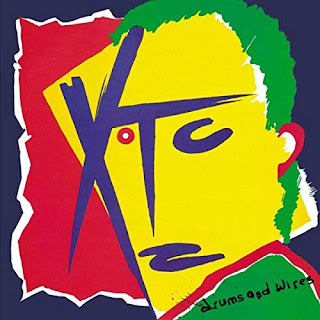 Inspired by our series of articles looking back at music released 30 years ago, Jimmy Hunter takes a step further back in time to give us a Song of the Day 1979. This week, he's only making plans...

The climate was colder 40 years ago. Why is that relevant? Memories, dear reader, and not of the Elaine Paige kind. This week's choice always sings autumn for me as this time in 1979 was much more autumnal than it is now. And it's a great record too.

This week we're listening to XTC's Making Plans For Nigel. The lyrics of this went round our school so quickly, we all adopted them into the vernacular [ooooooooo get you!!! - Ed] and at any question as to our antics, we were always ... well, you get the idea.

Seriously, it's a bass heavy, melodic cracker with a hook - a falsetto singing "prrrrooooooo" in the background. A guitar riff that's so infectious you don't even realise it and a rhythm that surpassed the band themselves. It did very well commercially for all the right reasons. And has stood the test of time.

Lyrically, it's a well aimed kick in the middle class goolies. Nigel. British Steel. Middle class Nigel is told to work hard at a time plagued by industrial disputes, the winter of discontent only a few months ago and 3 day weeks just over the shoulder. Oh yes, this made an impact!!

Here's a great video showing the band having a little fun with their song ..

(Nobody, but nobody even think to mention the squalid little attempt at a remake by Robbie Williams. NOBODY!!)