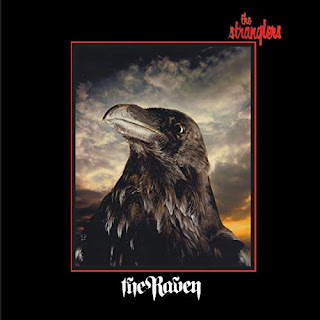 Inspired by our series of articles looking back at music released 30 years ago, Jimmy Hunter takes a step further back in time to give us a Song of the Day 1979. This week, he bows to Duchess...

I had some '90s trance bouncing round my head so thankfully I had to listen to this week's choice a couple of times just to get rid of it. Not that there's anything wrong with trance, I like it, but I can't have that distracting me from an ace record: Duchess. Of Malfi? Of Duke Street? Nooooo, silly. The old Duch sitting in the corner, all by herself, innit? I'm using words like ace, I'm 14 again!!

Oh yes - a pop injection to the normal punk output from The Stranglers this week and the stonking single, Duchess. Many an urban myth about this one but the most noted ('cause didn't he actually say it?) was the writer himself (Hugh Cornwell) saying it was about an ex aristocratic ex girlfriend of his. A descendent of Henry VIII, no less. He's definitely having a pop at the toffs that's for sure. Delightfully so too [I'll say, where's that donkey jacket? - Ed]! But with, I sense, a tinge of sadness for them? No, perhaps not.

There's a fantastic couple of strums on the guitars as an intro which bizarrely puts me in mind of Alright! by Mungo Jerry. The hook and the bass line are as one along with the lyrics, which flow smoothly over the melody with the anthemic-style repeat of "god forbid, god forbid!" in the chorus. This is a great record and did quite well commercially, despite the BBC banning the video (it was a habit) because the band wore choirboy outfits [not one word more!! - Ed].

I therefore leave to you enjoy the official video to the single, ruffs and all!!

[Erm... Sorry Mr H, we couldn't find an embeddable version of the official video, so here they are live from this year's Rewind Festival - Ed]