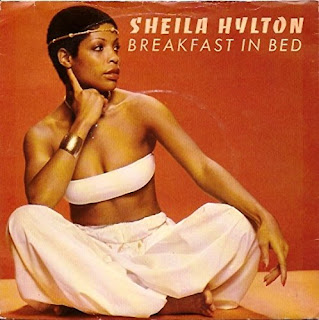 Inspired by our series of articles looking back at music released 30 years ago, Jimmy Hunter takes a step further back in time to give us a Song of the Day 1979. This week, he's giving us Breakfast in Bed...

You're getting a treat this week dear reader. This week's choice began with a conversation with my husband in the car on the way to Islay recently. I had the music on shuffle and Desmond Dekker popped up - much to the delight of both of us. The track? Licking Stick.

I said the record reminded me of another reggae track but I couldn't think what. The refrain "breakfast in bed" was rattling round the old noggin but I was going nowhere with it. Husband correctly pointed out that Dusty Springfield had the original release (I didn't know that) but I said there was a more club-like, less reggae like version in the late '70s and I was sure that it was 1979. He disagreed. I had to do some research. I was right [well, of course *rolls eyes* - Ed] but so was he.

The record has been a popular one for a number of very varied artists (including Shirley Bassey!!!) and on reflection, my favourite is this one, and the one to which husband had referred to, by Lorna Bennett (listen to it here). But the actual record that started of the whole discussion this the one I'm featuring this week. Or is it? [get on with it! - Ed]. Yes, it is.

Is it different? Yes. It has disco syndrums and a full 6 minute version and everything. And you know what? it's good. And you know what else? I eventually recognised the singer from a hit in 1981 - The Bed's Too Big Without You (a cover of The Police's original).

I am, of course, referring to Sheila Hylton, a not very well known reggae singer from Jamaica. I've really nothing more to say about her. Sorry. The record is much more interesting than she is, though this version is a damn good one. She didn't do much else apart from a couple of records and some modelling. However, her legacy is assured so long as people like me with their heads leaking trivia are still nosing around.

Have a listen and see what you think...

P.S. I'm ignoring the absolute tripe that this composition was reduced to at the hands of UB40 in the late '80s