Opinion - A Night At The Opera? The Rise of Live Cinema Broadcasts 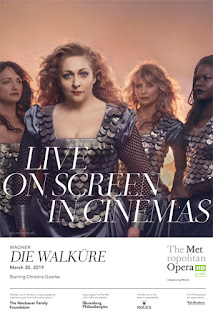 Think a night at the opera is just for the very rich, big city slickers? Think again, as Daniel White looks at the rise of live opera at the cinema...

Isn't technology an amazing thing? I remember buying cast recordings when they used to be recorded in studios and not at an actual performance. My first Phantom of the Opera and Les Miserables albums were recorded in this way but now as technology and recording equipment has improved you can take a performance home with you to listen to. I have been a massive opera fan since I can remember and I remember listening to Wagner's Ring Cycle at a very young age. Mozart too, definitely Mozart. But as good as audio recordings are, you really need to see opera, you need to see an orchestra as well. Sadly, Opera tickets are not cheap and when you are looking at not getting much change from £100 for good seats at the Met or Royal Opera House it's beyond the reach of most of us. So what if you could get the exhilarating performance of a "night at the opera" without having to leave your local town and at a fraction of the price?

This year I attended my first Met Opera HD Live performance and it was in a cinema in Christchurch, Dorset with a ticket price of £26. A few months later I was back watching a live performance at The Royal Opera House which set me back £18. Faust was amazing and later this year I will be enjoying Madame Butterfly. Both The Met and The Royal Opera House run full live Opera viewings across the country of their key productions (see links below for more details of what's on.) But is it worth the price? Is it the same as being in the venue itself and does Opera truly work in a cinema setting? 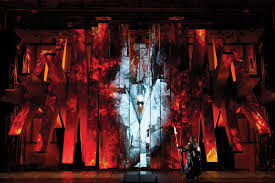 Firstly, you cannot beat the experience of being in The Royal Opera House or The Met, New York and anyone that says the cinematic experience is comparable is not being entirely truthful. But there is something to be said for this more affordable alternative and, yes, some of the atmosphere does make its way to your local cinema. I am very fortunate that my local cinema is a 1930's art deco theatre that has retained its ambience and historic feel. I am not sure that Opera would feel the same in my local Vue or Odeon multiplex cinema, with some of the quality being lost in a more modern building and environment. Gone, also, is the need to dress up although if you wanted to no one is going to complain. Worth noting as well the additional between-acts commentaries are something you won't get at the opera venues themselves. In the case of Wagner's Die Walkurie, back stage interviews were conducted with the cast as they left the stage and, as this was the Met's production, I found the documentary about the staging fascinating. If you arrive early enough you also get to hear the orchestra tuning up. The vision and audio qualities are everything you would expect from an HD performance and without the glitches and technical flaws that used to ruin live broadcasts a few years ago. I remember attending a live cinema broadcast of The Royal Albert Hall staged Phantom of the Opera gala only to find the live link had failed and the cinema broadcast didn't go ahead. 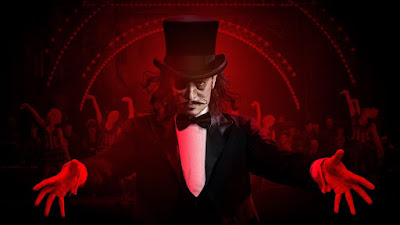 Live Cinematic broadcasts of a whole range of theatrical, concerts and all manner of other creative endeavours seem to be a way of reaching far larger, global audiences and also provides much needed additional revenue so the various companies can continue to entertain. With ever increasing production costs and (at least in the UK) with ever reducing governmental subsidies it is imperative that these newer and more modern approaches are adopted. With so many local theatres being forced to shut or at the very least curtail their programmes we face the real possibility that theatre and opera could soon only entertain the moneyed and powerful elite in our country. Theatre, Opera was intended to enrich and benefit all and, speaking for myself, classical Operatic performances speak to me in a way that reinvigorates my own creative output.

The other important area to consider is that of risk. Are you likely to spend a huge amount of money on an operatic production you know little or nothing about and risk it not being to your taste? When you factor in travelling and possible hotel costs it isn't something most of us can afford to undertake. We would then opt for only going to shows that we know we like and thus never widen our own experience of opera or theatre. If there is a local broadcast of a live event that means you can pay a fraction of the cost you are more likely to 'give it a go' Cinema live broadcasts are a fantastic way to introduce new audiences to the wonder of opera and will ensure that the creatives who work within this amazing area of Theatre continue to find opportunities to practice their craft.

A minor gripe from my Music obsessed side is that I often like to choose to watch the orchestra which I can't do when I am at the mercy of the Director and Camera operators. Whilst there are regular shots of the Maestro and key members of the orchestra I do find I miss the option to glance across at my own whim.

So, if you haven't already I urge you to seek a local live broadcast and 'give it a go' You never know, you might really love it! My next trip is to see Mozart's amazing Don Giovanni at The Royal Opera House, London. With a travelling distance of just 5 minutes to the cinema.


Find out more about what's coming up for live opera screenings at your local cinema here: