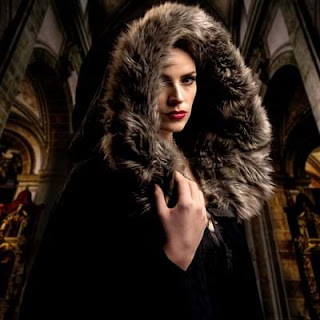 Last performed by the Company in 2012, Tosca opens at Theatre Royal Glasgow on October 16th, and tours to Aberdeen, Inverness and Edinburgh (see below for tour dates).

Conducted by Scottish Opera Music Director Stuart Stratford, Besch’s production is set in 1940s Rome, in the shadow of Mussolini’s tyrannical rule. It tells the story of a passionate and ill-fated love, played out against a backdrop of political corruption and intrigue. Besch’s production of Tosca has been a huge hit with Scottish Opera audiences, and has toured to London, Liverpool and Newcastle. It has also been taken up by companies in Boston, Lisbon, Murcia, New Zealand and Oviedo.

Stuart Stratford said: ‘Puccini’s Tosca really needs no introduction. It is one of the composer’s finest masterpieces and greatest achievements in terms of musical drama and orchestration. We are delighted that for the first time audiences in the UK have the chance to hear Natalya Romaniw in the title role, performing alongside Gwyn Hughes Jones and Roland Wood. Natalya was last on the Scottish Opera stage in our 2018 production of Eugene Onegin and has risen to prominence following her recent successes at English National Opera and Opera Holland Park, so we are thrilled to welcome her back.’

There are also three Dementia Friendly Performances of Tosca in Glasgow, Aberdeen (for the first time) and Edinburgh. With a running time of approximately one hour 45 minutes, these specially abridged performances are carefully designed to make the theatrical experience more accessible to people living with dementia. Sound and lighting levels are adjusted for the comfort of the audience, and the cast is joined on stage by a narrator. Audiences will also be able to go in and out of the auditorium during the performance and see the show in the foyer areas on TV screens.

Those who wish to discover more about how the production was created can attend Tosca Unwrapped, one-hour tasters delving further into the show, as well as Pre-show Talks. Audience members with a visual impairment can enjoy the full opera experience at audio-described performances, which have a live commentary describing the action on stage without compromising the music.

Here's a look behind the scenes from the 2012 production

Tosca is supported by The Scottish Opera Syndicate.