Turn That Noise Down - The Beach Boys 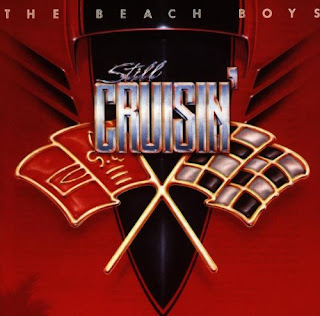 So many well-known albums turn 30 this year and Steve Taylor-Bryant and Susan Omand travel back to 1989 to revisit some of the sounds of their youth that made parents shout "Turn that noise down!" This week, Susan is Still Cruisin' with The Beach Boys...

Okay, okay, I admit it. I'm a fan of the Beach Boys, I always have been. From their upbeat surf sound to the experimental Pet Sounds, I love the close harmonies, superb instrumentation and innovative recording techniques that always made them sound that little bit different, so listening to Still Cruisin' is a bit of an indulgence for me because it's almost a "best of" album.

The concept behind it, initially, was to gather all the Beach Boys songs that had been used in recent films on to one album to create a moneyspinner, thanks to the fact that the song Kokomo became a huge hit for them because of Cocktail and, indeed seven of the ten tracks on the album are just that - classic anthems from back in the day that hit popularity again because of their appearance in movies. The title track featured in Lethal Weapon 2 and you have the glorious Wouldn't It Be Nice from The Big Chill. I Get Around was in Good Morning Vietnam, Make It Big was in Troop Beverley Hills and the movie Soul Man brought California Girls back into the frame. They even did a rap version of The Surfari's hit Wipe-out with The Fat Boys, remember them? No, didn't think so (here's a reminder).

The new songs on the album, those that weren't recorded for films, are a bit hit and miss to be honest - even for a fan. Brian Wilson's song In My Car is an odd psychedelic rock n roll thing and Al Jardine's new contribution Island Girl tries its best to get back to the surf sound but doesn't quite make it. However Somewhere Near Japan is probably one of the best late 80s Beach Boys offerings out there (listen here). It harks back to Pet Sounds, the sound engineering on it is sublime and, oh, those guitars!

But this album, for me, is all about the classic Beach Boys songs that got introduced to a new audience thanks to the medium of movies. Wouldn't it be nice if they could do that again?