Continuing our daily coverage of what's on at The Proms 2019, Susan Omand has a quick look at the programme for Prom 49: The Lost Words ...

Reminder: You can watch Sheku Kanneh-Mason play Elgar as part of Prom 46 tonight on BBC Four.

Oh BBC, you've really messed this one up haven't you? Why oh why oh why is The Lost Words prom NOT on your list of Proms to be televised? There's live painting for goodness sake! Painting... on the RADIO? Erm... no.

Anyway. Yes, there's a prom at teatime tonight that is inspired by Robert Macfarlane's beautiful illustrated book The Lost Words, which revives disappearing words that describe the natural world, with live painting happening on stage by the book's illustrator Jackie Morris ["which we're not going to be able to see", I know, I know - Ed] 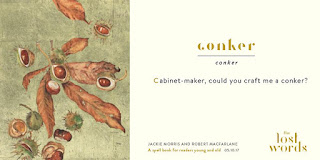 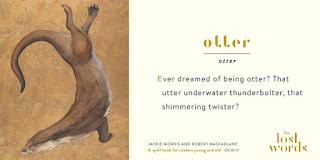 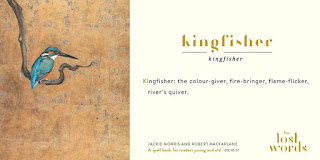 Apparently Mr Macfarlane has written a new "spell" for the Prom (The Lost Words book is called a spell book - see above for a few of the pages) and, although there is not an official programme for the evening it appears we can look forward to all sorts of birdaciousness (well, it should be a word) with Vaughan Williams' The Lark Ascending, Beethoven's Pastoral and Rautavaara’s Cantus Arcticus as well at two totally new commissions by Jocelyn Pook and Alissa Firsova. You can even pick out your own bird call from this list of downloads and play it at the relevant point in the evening's performance. Looking at the list of performers too there will also be a poet, a dancer, a beatboxer, singers and actors so it promises to be a wonderful spectacle. If only we could have seen it somehow. Like on the telly or something...

Anyway (again). Going back to the music, I love both The Lark Ascending and Beethoven but I didn't know either the composer Rautavaara or his Cantus Arcticus. On investigation, Einojuhani Rautavaara was a Finnish composer who worked from the 1950s until his death in 2016. The Cantus Arcticus is subtitled as A Concerto For Birds and Orchestra and it incorporates tape recordings of birdsong recorded near the Arctic Circle and on the bogs of Liminka in northern Finland and it sounds wonderful!

You can listen to The Lost Words prom live from 17:30 on Radio 3 or on the iPlayer