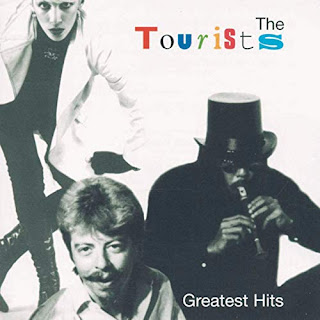 Inspired by our series of articles looking back at music released 30 years ago, Jimmy Hunter takes a step further back in time to give us a Song of the Day 1979. This week, he's not The Loneliest Man in the World when there are Tourists...

I went looking for something this week. I didn't find what I set out for, I may yet, but I got distracted a few times. You know what it's like ... ideas swirl around, you're trying for something quite different and you don't really find it. As this was in progress in my head a series of thoughts and memories ended up with a record I'd not heard in years. And I gave that some thought. Too. No, I'm not saying what it was. Yet.

There was a niggle. I did some digging and BOOM! I ended up with this week's record from 1979 - The Tourists with The Loneliest Man in the World. I'd forgotten all about this. And it's a record I like for many reasons - early Annie Lennox is quite unbeatable [oh heck, we agree on something - Ed]. For those that think that 1979 was all big hair and thumping disco beats, it actually wasn't and I love Annie's performance on TOTP where she introduces what was to become a very recognised lewk.

Familiar with The Tourists? No? Well, the group was formed by Peet Coombes and Dave Stewart who'd been in a band together previously. They recruited Royal School of Music dropout Annie, a drummer and a bass player. Coombes took the lead in songwriting the first few releases and this is one of them. Don't believe Wikipedia [I never do - Ed] when it tells you they were New Wave - they weren't, their music was quite eclectic.

I have to say, this track is quite, well, simple. It's well constructed with a good melody and Lennox's voice does much to enhance that melody and I find it infectious. The bell gives it punctuation and it always reminds me of a Christmas song (Band Aid to be exact).

Judge for yourselves - I hope you enjoy this performance from September 1979 ... [Oi! You didn't tell us the other record you were thinking about - Ed]