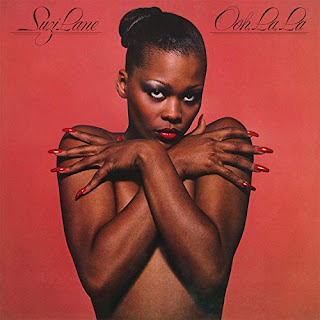 Inspired by our series of articles looking back at music released 30 years ago, Jimmy Hunter takes a step further back in time to give us a Song of the Day 1979. This week, he meditates on a little Harmony...

It's been a long couple of weeks. Hectic in many ways and not content with being late in with the article [*taps pen on table and tuts* - Ed] it's taken me longer than normal to put this together. Dear reader, I was lacking in inspiration. Both cats got onto the desk and started nosing around, pawing at the paperwork and chasing the cursor. I stopped staring at the computer screen, closed my eyes and let lots and lots of records slip in and out of my mind. And then it happened. A memory long since seen drifted into view: the link? Giorgio Moroder.

For this week's choice we're going off grid and I'll bet none of you have ever heard this. Good. Yes, it's disco. Yes, it's penned by Mororder and his chum Pete Bellotte, two thirds of Donna Summer's hit machine (the third third being herself) and sung by Suzi Lane and it's called Harmony.

No. I know. You've never heard of it. Marvellous! I'm smiling, I really am. With these articles I'm bringing some music to you from my past in the hope that it gives you an insight into what was happening 40 years ago - in AND out of the charts. And perhaps a little glimpse into me [please, no - Ed]. For many many years after 1979 I was still discovering music from the year and listening again to stuff I thought I disliked.

So what of the record itself. It's not signature Moroder and that could be Bellotte's influence. Neither the structure nor the production says Mororder Bellotte but what is it? It's an average disco track that had huge success on the US dance charts in 1979. And that, oh inquisitive one, is that. Suzi, also a model, was in a serious car crash in 1980 and never recorded the follow up album. In fact, she became a recluse for some years whilst recovering from the crash. She did say, however, that she was hugely influenced by Summer's style when they met in the recording studio.

This particular record has a very interesting legacy though. A studio group called Suzy Q which had been going since 198, founded by the Cucuzzella brothers, did a really good remix of this track in 1985 and launched it square at the gay Hi-NRG clubs. It was a massive dance floor hit, all over again. It's really not known who sings vocals on this track and that's the same with much of this project's output. Disco, soul and Hi-NRG giant, Carol Jiani, admitted that she'd taken lead vocal on a few Suzy Q tracks without having been credited.

So something a little different this week and therefore I'll allow you access to both tracks.