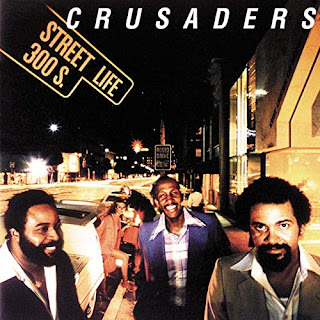 Inspired by our series of articles looking back at music released 30 years ago, Jimmy Hunter takes a step further back in time to give us a Song of the Day 1979. This week, he's playing Street Life, it's the only life he knows...

No messing about this week because I regard this vocalist to be one of the best in her field. Ever. Yes it's subjective and no you don't have to agree so don't bother getting out the Basildon Bond, save yourself the price of a stamp - it's fine.

I'm chilling and boogying to one of the best tracks of 1979 - the sublime jazz/funk/soul sound of Street Life by The Crusaders, guest starring Randy Crawford on vocals. Randy Crawford's voice is unique. There's natural born talent and there's skill learned in how to use that talent. A natural tone is something you're either born with our you're not. And yes, as I said, it's subjective.

Ok I've allowed you the benefit now allow me the same. This record was a long time in the making and by that I mean The Crusaders (or until 1971, The Jazz Crusaders) were essentially a jazz outfit of considerable long standing. Crawford similarly took a jazz path through her early career from the late 1960s and by the time she appeared on this record, her credentials were firmly in place.

It was this release however, that put her in the spotlight. It was a hit in the UK reaching number 5 in the charts and ensured success in the UK and Europe in the coming years - but not in her native US. There were a couple of different mixes but please, give the full length album version a listen in all its glory here.

In different ways the record kept her in our minds - it appeared in the films Sharkey's Machine (1980) and Jackie Brown (1997) as well as an edition of Grand Theft Auto (V). Impressive, no? I've felt for a long time now that we don't get records like this anymore and no, I'm not just being a grumpy old fart (yes you are - Ed). This record is a long stroll through a wonderful jazz funk landscape with a soulful narration and I just love the experience.

I hope you do too.

Here we have 20 minutes of joy from Randy and the band way back in the day in a performance live in Amsterdam.