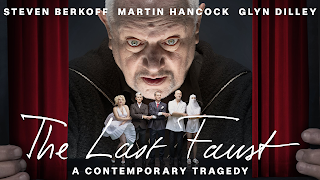 Artist and filmmaker Philipp Humm has announced that The Last Faust, starring British screen and theatre icon Steven Berkoff, (Octopussy, The Tourist, Harvey, Shakespeare's Villians) will be released on VoD on 18th November. The film will premiere in London and Berlin on November 13th and 14th.

This 108 minute arthouse feature film is the only definitive filmed version of Goethe's epic drama, Faust 1&2, making the release a world first. The film is a vital component of Humm’s Gesamtkunstwerk (Total-Works-of-Art) and offers an unparalleled artistic examination of Johann Wolfgang von Goethe's tragic masterpiece. Humm's Total-Works-of-Art, which has been compared to Matthew Barney's iconic Cremaster Cycle, is composed of 150 works of art, including bronze sculptures, fine art photographs, oil and watercolour paintings and an illustrated novella. This vast and multifaceted collection of artwork is due to be exhibited in 2020. 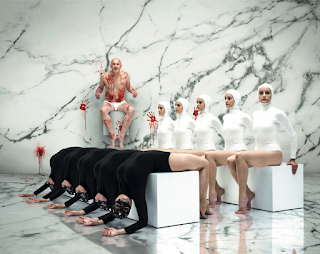 The Last Faust transposes the 500-year old allegorical tale of Faust’s pact with the Devil, to Silicon Valley in the year 2059. Humanity is on the brink of extinction as Artificial Intelligence (AI) heralds a new dawn of technological superiority. Humm's protagonist 'Faust' is fooled into selling his soul to the Devil in exchange for power and technological ingenuity. Faust seduces an adolescent Gretchen, a love story which ultimately ends in tragedy. Parallels can be drawn between the hedonistic Faust and Harvey Weinstein. Humm explores the psychology of his encounters from a different perspective. Faust’s successor Dr Goodfellow narrates Faust’s story and realises that an unchained pursuit of AI fuelled technological progress leads to the extinction of the human race. 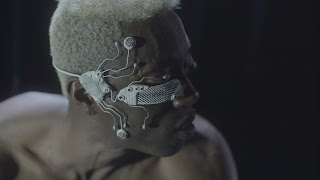 Philipp Humm has experienced the technological hunger of the Silicon Valley first hand, as he is a former large tech CEO who became an artist. Speaking about the film’s contemporary spin, he said "The story of Faust has more significance today than possibly any other time in history. Our voracious thirst for technology means we’re sleepwalking into a dystopian future where artificial intelligence, unfettered by human concepts of empathy, reshapes the planet in its own image. The fact that we’re complicit in our own demise makes this tragedy all the more apposite. Before the Devil steals your soul, he’ll first steal your password.’’


Born in Saarbrücken, Germany in 1959, Humm began painting at a young age until, like many before him; he was drawn into corporate life where a stratospheric rise saw him head-up some of the world’s largest tech firms. He holds a BA in Philosophy from Saarland University, Germany and MBA from IMD in Switzerland.

In 2015 Humm dropped out of corporate life to concentrate exclusively on his art. He studied at London’s Fine Art Studio and Florence’s Academy of Art. Humm’s work has attracted considerable media attention with his first show making the front page of The Wall Street Journal.

He currently lives and works in north London with his partner, the photographer Daniele Mah. https://philipphumm.art/the-last-faust/