Turn That Noise Down - Mike Oldfield 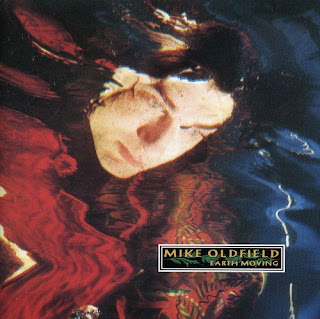 So many well-known albums turn 30 this year and Steve Taylor-Bryant and Susan Omand travel back to 1989 to revisit some of the sounds of their youth that made parents shout "Turn that noise down!" This week, Susan has a dig at Earth Moving...

I hope I am right in saying that everyone has heard of Mike Oldfield. Whether from his seminal work with Tubular Bells, part of which became the theme for The Exorcist, or even his highly innovative, for the time, remix of the Blue Peter theme tune, he was a household name back in the 1970s and early 1980s. So, when I saw this Mike Oldfield album on our 30-year retrospective list, it surprised me because I didn’t remember it at all.

It turns out there is a reason for this. It’s… not good. I was going to say it’s not bad either but, really, when you consider what Oldfield had achieved previously, it IS bad. It’s really bad. Unexceptional soft rock/synth pop songs from start to finish. There’s none of the amazing musicality or innovative composition of past work. There are no purely instrumental tracks on the album either, every song has a session singer co-opted in and you really wouldn’t recognise any of it as Oldfield’s work, even if you were told it was him. It’s background lift muzak at best - bland, bland, bland.

Now, as you may have guessed, this annoyed me [oh there’s a surprise – Ed]. I couldn’t understand why such an imaginative and pioneering musician would allow to be published, let alone even create, such a generic album. It turns out we can blame the record company, as the Virgin hit machine he was signed to at the time demanded he make more commercially accessible music than his previous albums, so Oldfield produced this. Whether he was bowing to the constriction of the purse strings or being artistically ironic we shall never know, but I suspect the former; we all gotta eat after all.

Thankfully, though, this is a one-off blip in his otherwise fascinating music output. I was going to (at least try to) pick a track from the album to illustrate the blandness but you, dear reader, deserve so much better than that.

So, here’s the bit of Tubular Bells that you’ll definitely recognise.