Turn That Noise Down - Babyface 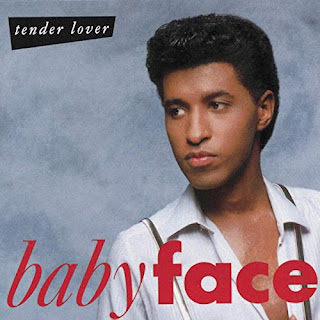 So many well-known albums turn 30 this year and Steve Taylor-Bryant and Susan Omand travel back to 1989 to revisit some of the sounds of their youth that made parents shout "Turn that noise down!" This week, Steve has a problem with Babyface's Tender Lover...

I’ve made a terrible mistake.

I’ve mistaken Babyface for that band that did You’re Gorgeous, Babybird, so I’ve got the wrong album, the wrong band and am out by about eight years. Still I can soldier on, I’m a professional. So what’s this album then? Oh my word, it’s dire pop, the kind I thought we’d eradicated by the end of the 1980’s. I’m sure there are fans of both the band and the album and I’m sure all the musicians went into recording with best of intentions and I don’t mean to shit on your cheesecake but it’s awful.

It’s repetitive, it’s massively overproduced, it wants to capture the essence of the dance pop style of the Miami Sound Machine but they had real brass and Gloria Estafan not layers and layers of synthesisers and an annoyingly loud electric drum sound... yes folks I’ve finally found a record where I have nothing positive to say about a percussion section.

It’s like they’ve taken every successful pop sound from the 80’s from Duran Duran, from Prince, from Michael Jackson, from Estefan, then cooked it all up in a Stock Aitken Waterman oven, waited for it to go off and start to smell then and only then released it on an unsuspecting audience.

I have to give you a video to watch now so here’s what I mistook this band for...