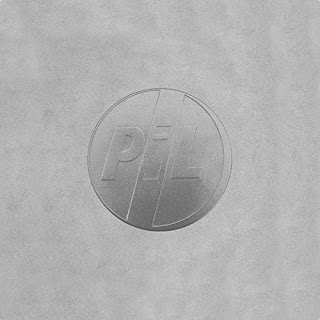 Inspired by our series of articles looking back at music released 30 years ago, Jimmy Hunter takes a step further back in time to give us a Song of the Day 1979. This week, he takes a PiL at the Death Disco...

Surprise dear reader. This week I'm listening to Swan Lake. I am, really. But perhaps you'll think it less odd if I give you its more common title - Death Disco. Oh yes, this week it's all dark with our favourite Punk - John Lydon.

PiL (Public Image Limited) was the incarnation Lydon took after the Sex Pistols and, by his own admission, has had more (band) members than even he can count / remember. This record didn't sell hugely but has remained a favourite of PiL fans (me included) ever since.

This is not a disco track. This is Lydon screaming into the void about the recent death of his mother. Now here reports vary: he's quoted as saying his mother asked him to write a song for her funeral and there are other quotes where this is omitted. His mother died early in 1979 of cancer and here he screams into the void, a scream of pain in reaction to watching her die.

Cheerful. Well no, but a fantastic track and for me, one of supreme irony given when it was released and all the other disco boppy records that were around at the time.

Oh, and Swan Lake? On the album Metal Box it was named Swan Lake after Keith Levene's guitar fiddling of Tchaikovsky's score. It was renamed for the single release.

Have a listen - you'll either love it or hate it. There's never a fence sitting place when it comes to this record ...