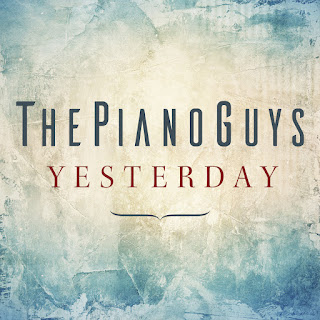 Inspired by the newly released musical fantasy film Yesterday, The Piano Guys have added their own unique spin to The Beatles' iconic track...

"This poignant, timeless Beatles melody has always been a favourite of ours," say The Piano Guys. "With this arrangement, we attempted to portray the idea of someone breaking free of melancholy by fondly reminiscing about happier times. The upbeat reggae vibe in the middle section presented an excellent excuse to try out our new melodica (a keyboard that is played by blowing air through a mouthpiece that fits into a hole in the side.)"

"Yesterday" arrives on the heels of The Piano Guys' release of "Avatar (The Theme)," which made its debut last week alongside an out-of-this-world visual filmed at Disney's World of Avatar. Performing the song amongst the floating mountains of Pandora and its bio-luminescent rainforest, the new video immerses its viewers in the fantastical world inspired by the James Cameron film and music of composer James Horner – watch that here.