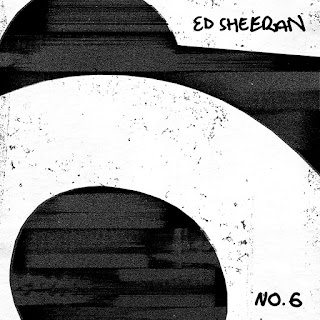 To coincide with the release yesterday of his album, Ed Sheeran has released the video for his latest collaboration, this time with Travis Scott. Susan Omand urges you to watch the video for Antisocial. No, seriously, watch it...

Yes, I know. Ed Sheeran is a name that is highly unlikely [*checks 'banned' list* HIGHLY unlikely - Ed] to ever feature on AlbieMedia but I had to make an exception this time. The song... well, it's a bit edgier than the normal Sheeran guitar ballady love things and all the better for it. It likely is good if you like this kind of thing and it may be a grower for me once I've heard it on local radio's hourly rotation that they seem to do with new Ed Sheeran songs.  But it's not about the singing for me this time, it's about the video.

This is either a) pure artistic genius or b) utter madness but most likely c) both. There are so many film references - Edward Scissorhands, The Martian, The Birds, Snatch to name a few - and the disparity of how these scenes are put together makes absolutely no sense. The way it's been done, with the garish colours, the horrific animation, means that, for me, it has a Burton/Lynch nightmarish/dreamlike quality that gets into your head, leaving you with a "wtf did I just watch but I have to watch it again" feeling. It's car-crash fascinating and shouldn't work but really does. Only Ed Sheeran would get off with doing this. It's brilliant!

Also you get to hear Ed Sheeran say "w*nking f*ckb*ll" when he gets stung in the eye by a wasp. You have been warned...