Song of the Day - Edwyn Collins 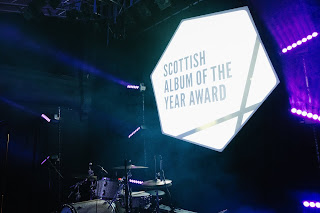 The Longlist for the Scottish Album of the Year Award got announced yesterday. Susan Omand has already picked her winner...

I took a look at the longlist for the SAY, as I do every year, (you can find the list HERE for yourselves) with a view to doing my usual "here's who's on it and this is what I think" article. For those of you that don't know the awards, they have been presented since 2012 to the Best album by a Scottish artist or band that has been released in the previous 12 months - regardless of label, sales numbers or genre. Yes, that's right. Genre doesn't matter for this award, so you get traditional folk music going up against pop and rock albums vying with jazz.

Of all the eligible albums for the year (that's 293 albums this year), a group of 100 "nominators" - made up from people in the industry from all over Scotland, like radio presenters from Stornoway, music journalists from Glasgow, venue owners in Wick, event promoters in Dumfries and even the local record shop owner in Shetland [quite why we're not on the list I don't know - Ed] - pick the long list. This will get whittled down to a short list of 10 by both judges and a public vote, with the final winner chosen by judges in September.

I will admit there are some great bands on there, so special mention is needed for the likes of Aidan O'Rourke, who wrote a song every day for a year as a creative project,  CHVRCHES, whose nominated album was their third in a row to go Top 10, and Graham Costello's STRATA, whose post-punk jazz style is highly innovative and whose album was self-released this year.

But the intro to this article said I've already picked my winner and it's true. Well, the glorious Edwyn Collins' utterly wonderful new album Badbea is on the list, so really how could I pick anyone else?