Turn That Noise Down - Nirvana 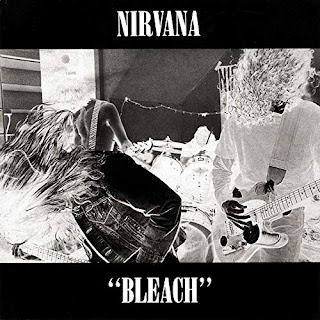 So many well-known albums turn 30 this year and Steve Taylor-Bryant and Susan Omand travel back to 1989 to revisit some of the sounds of their youth that made parents shout "Turn that noise down!" This week, Steve comes clean about Bleach...

Damn, my “I’m still young and hip” ego is taking a battering this year thanks to our Turn That Noise Down retrospectives. Last month I was shocked to find out Green Day were over thirty years old and now I’m sitting here listening to Nirvana because apparently Bleach is three decades old.

I miss Kurt Cobain. I own Nevermind and, don’t get me wrong, I’m not one to slag off that record, it was brilliant and brought Nirvana and more acts to the public consciousness, but it was never my favourite Nirvana release. To be fair nor was Bleach, it was In Utero, but In Utero has more in common in Bleach than Nevermind does. Nevermind was just too, what word am I looking for? Overproduced maybe, perfect perhaps. Nirvana were never a perfect band and that was half their charm. Lyrics were great, rhythms also, chaos was welcome, but when you listened to Nirvana on Bleach you believed in your heart that your own little garage act could make it big. Bleach didn’t have the Hollywood gloss that came with Nevermind, and whilst Bleach contains musicianship of the highest order, a band tight and in sync, it felt messy, it felt thrown together in a garage, it was fucking inspiring!

Songs on the album like Paper Cuts don’t feel like complete projects, they remind me of rehearsing with my own bands over the years, it’s like listening to a secret track the band have just written but not perfected for a record yet and, along with School and Scoff, I feel excited like I’m there at the beginning of something special. Of course Nirvana are much more than a garage band and Blew and About a Girl show elements of what was to come, whilst Negative Creep shows the home audience a glimpse of what they’d missed out on in Nirvana’s early live shows.