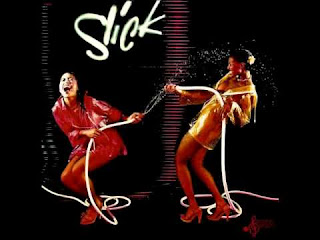 Inspired by our series of articles looking back at music released 30 years ago, Jimmy Hunter takes a step further back in time to give us a Song of the Day 1979. This week, he's all about the Space Bass...

Following on from a possibly sickly sweet choice last week (ok, I tried, our editor grabbed the best ones last week), this week's choice, dear reader, may entertain the more adventurous of you who wish to delve a little farther into what's considered to be real disco, as opposed to what was commercially successful.

Slick. The 14 year old me couldn't figure out the connection between this record and the massive hit Forever & Ever in 1976. Good reason for that: different group. What we've got here is the backing group, if that were necessary, for Fat Larry's Band, the track written by Larry himself - Larry James - with his wife Doris. Why? Good question. Larry's wife, Doris, was part of the backing band for the group and this was regarded as way to get recognition? Possibly.

Regardless of how it came about, Larry and Doris, together with little known and little remember Ken Barry, penned this track and the result was a "slick", well crafted solid soul disco record. It became a massive dance floor hit in the US and across Europe - including the UK where it also had marginal commercial success and I rather like it. Yet for me and my interest in more commercial sounds (at that time at least) it remained very much a background sound to that summer.

It's perhaps faded from memory in the intervening years but at the time was hailed as a "classic" and I think it actually is. Or is is it a one hit wonder? Well, decide for yourselves and give the full length audio a listen ...