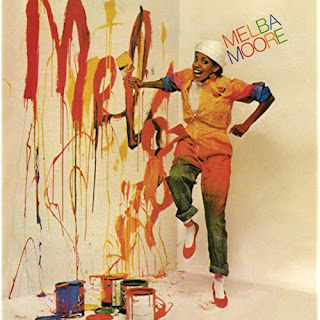 Inspired by our series of articles looking back at music released 30 years ago, Jimmy Hunter takes a step further back in time to give us a Song of the Day 1979. This week, he's found a peach of a song (Melba? Peach? Oh never mind)...

I'm a huge fan of early and late 70's disco music, new romantics, HI-NRG and Eurobeat. Much to do with my sexuality? Probably but also to do with early influences and I was lucky enough to have many, and they were varied. The 1979 singles charts were peppered with disco singles but very few hardcore "disco" tracks were commercial successes. And this is one of them.

My choice this week is Melba Moore with Pick Me Up I'll Dance. Moore had only a couple of hits, the first being in 1976 with This Is It, but she had a long, long career in dance music / R&B / northern soul. Interestingly, both Moore and Donna Summer found a way into the spotlight in different productions of Hair, Moore rather more prominently appearing alongside Diane Keaton.

Why do I like this? Well its construction is a classic disco formula but one I don't find repetitive. To get the full effect of these tracks you do need to listen to the original 12 inch versions. By 1979 DJs had convinced artists, producers and record companies of the importance of an extend track for the dance floors: and they listened.

Now there's a difference between a full track and a short track that's been cut with sections edit-repeated to make a 6 or 8 minute dance version. Those are obvious. Pick Me Up I'll Dance follows a well trod path: drums / instrumental intro and into the first verse / chorus / verse / chorus repeat and into a long instrumental middle section. What makes this work is the quality of the production, vocal and mix.

Moore's voice reminds me of Syreeta's voice in that it seems to soar without having any obvious power, but of course that's not true. Her voice on this track is exactly the kind of voice I associate with soul / R&B tracks, many of which found their way to dance floor success.

So, have a listen and enjoy. the pictures with this are very Studio 54 (Google it).