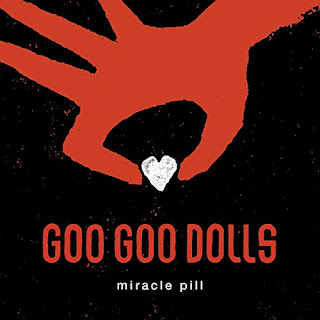 Multi-platinum, four-time GRAMMY-nominated rock band Goo Goo Dolls have unveiled their new single, which is also the title track to their forthcoming album, Miracle Pill. Have a listen...

Underscored by a memorable piano riff, sweeping guitars, and a swaggering rhythm, the track sees lead singer John Rzeznik cleverly skewer the instant gratification generation with a catchy chorus and a message that goes down easier than anything from the pharmacy.

“As soon as we finished ‘Miracle Pill’, it was the obvious title of the album for many reasons,” Rzeznik said. “Miracle Pill is a metaphor for instant gratification or relief. If you’re feeling sad, you take a pill. If you need approval, you go on Instagram and receive it immediately. It speaks to the second decade of 21st century angst. We’re inundated by bullshit, garbage, and false solutions to every problem we have. The real path is to work hard, be nice, and keep going. However, this route gets overlooked, because we’re all looking for the ultimate shortcut and escape.”