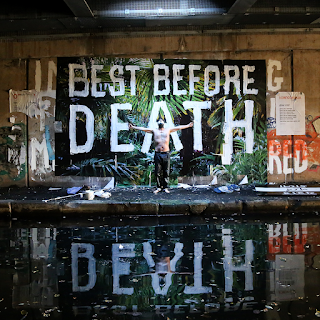 Bill Drummond is an artistic genius. In my opinion anyway, but I realise that his work is probably a bit of an acquired taste and this documentary will give you the chance to acquire it or, like me, to strengthen your belief in his artistic geniusness.

I can hear some voices saying “Who is Bill Drummond? What has he done that I might have heard of?” To answer that I give you three initials – K. L. F. Yes, he was one the brains, along with Jimmy Cauty, behind one of the best, most innovative, and most controversial, bands of the 1990s, throwing dead sheep around the BRIT awards audience, getting Tammy Wynette to sing in an ice-cream van and burning a million quid on a beach in the Western Isles of Scotland. Yes, THAT Bill Drummond. But he wasn’t always (some would say “ever”) a musician. He was in the music business for the artistry of the experience, pushing the boundaries of the establishment just to get a reaction and asking “what if” then going to find out.

And that’s pretty much what he’s still doing. His current big project is… well, I’ll let the words that appear on screen near the start of the documentary fill you in.

“Bill Drummond is an artist on a twelve-year world tour, called The 25 Paintings (2014-2025). He will spend two weeks in each country on the world tour, performing self-imposed ‘tasks.’”

See? Genius! Or completely bampot crazy, one of the two, but I just adore this idea. The “25 Paintings” are basically hand painted words on sign boards stating what each of his tasks is and he displays each one as he spends two weeks a year, from 2014 to a planned end in 2025, performing those tasks on the streets of twelve different cities around the world that he has a special connection with, while being photographed by artist Tracey Moberley who is accompanying him on his trips. Each task is pretty mundane on the surface – like Bake a Cake, Make a Bed, Shine Shoes, Make Soup but each time he does each one, and in each new place, it’s a whole different experience.

We get to see this contrast perfectly in the two places on the tour covered by the documentary, Kolkata in India and Lexington in North Carolina. Some tasks work better than others in different places; his shoeshine task in Lexington led to a heavy discussion about slavery whereas in Kolkata the same task made him feel so uncomfortable he couldn’t do it for long at all. But this is what it’s all about – the reaction, both his and his “audience.”

You can see him getting frustrated sometimes at some people’s insistence on him explaining what he’s doing – like the Bake a Cake task. He bakes six cakes somewhere in the city and that point becomes the centre-point of the Cake Circle. To construct the rest of the circle he then draws the circle on a map and chooses six places on the circumference to deliver the cakes to, randomly knocking on someone’s door and saying “I baked you a cake, here it is” and walks away without any explanation. Brilliant! But flawed as an idea because he feels that it then spoils it to have to explain himself. As he says at one point, “Why, Where, What and When are the four handmaidens of Satan.”

You can also see him getting frustrated with the documentary crew as the spontaneity of other tasks is lost because they need him to do something again or go a different way. And, sometimes, you can see him get frustrated at himself as a 60-something year old man who can’t quite do what he used to. And I think this frustration will only get worse as time goes on; he will be 72, the age his father was when he died, when the tour is complete. But it’s all part of the art.

The main part of the art that shines through in Paul Duane’s film though is Bill’s interaction with the people of the cities he has chosen. Even though he says he still “doesn’t like getting permission” to do things, gone is the cynical, observational “fuck you all” attitude of his KLF persona and, instead, there is almost a warmth and an enjoyment of the engagement with others. Especially with his time in Lexington, there was a feeling of family as he got welcomed into the neighbourhood and people stopped to chat, ask about his work and interact and take part in some of the tasks.

I loved this documentary, Bill Drummond’s incredible creativity and his willingness to do whatever it takes for his art. It has engaged and inspired me as an artist in a similar way to the documentary For No Good Reason, that I watched a few years ago, about Ralph Steadman. They are very similar people in some ways, always out to try something new, to provoke and proact, to create for the sake of creation and damn what the establishment thinks. And that really is genius.

Find out more about The 25 Paintings World Tour here