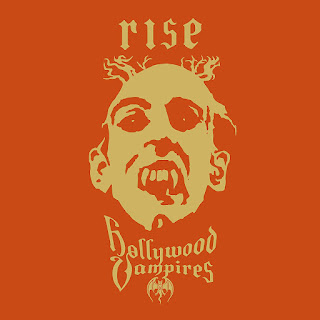 Hollywood Vampires recorded their own version of David Bowie’s ‘Heroes’ at legendary Hansa Studios last year – the same place where Bowie wrote the original back in 1977. Watch the video...

The song is one of three covers on their upcoming album Rise which, unlike their 2015 debut record, consists mainly of original material written by the band. The cover songs, though, were originally written and recorded by some fellow rockers who the band died far too young: this intimate and intense version of David Bowie’s Heroes, performed by Johnny Depp; the late Jim Carroll Band’s People Who Died, and Johnny Thunder’s You Can’t Put Your Arms Around A Memory, sung by Joe Perry.

The album is said to be "some of the purest, unapologetic and most enjoyable rock and roll of the year, made by masters of the craft and true fans of the form."

Produced by Tommy Henriksen and the Hollywood Vampires, “Rise” will be released on June 21st, 2019 on earMUSIC as CD Digipak, 2LP+Download and Digital.

1 I Want My Now
2 Good People Are Hard to Find
3 Who's Laughing Now
4 How the Glass Fell
5 The Boogieman Surprise
6 Welcome to Bushwackers (feat. Jeff Beck & John Waters)
7 The Wrong Bandage
8 You Can't Put Your Arms Around a Memory
9 Git from Round Me
10 Heroes
11 A Pitiful Beauty
12 New Threat
13 Mr. Spider
14 We Gotta Rise
15 People Who Died
16 Congratulations