Turn That Noise Down - Kirsty MacColl 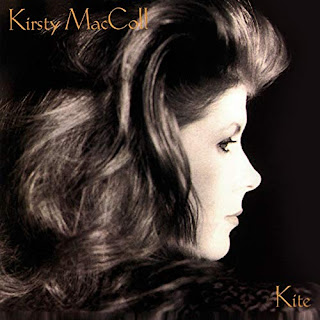 So many well-known albums turn 30 this year and Steve Taylor-Bryant and Susan Omand travel back to 1989 to revisit some of the sounds of their youth that made parents shout "Turn that noise down!" This week, Steve remembers Kite by Kirsty MacColl...

There is not much that fills my cold dead heart with joy but, within 30 seconds of listening, there are two artists that manage it. Billy Joel obviously, and the worlds best ever female songstress Kirsty MacColl. Listening back to Kite cannot be considered work, it’s not often writing about something is such a pleasure and an honour as this.

Kite for those who aren’t familiar with the genius of Kirsty MacColl, outside of a certain Christmas tune with The Pogues, is twelve songs, 39 minutes of pure unadulterated joy, a perfect foil to the nasty outside world that usually tears my emotions to pieces. It can’t be classified, although streaming services have tried (Apple I’m looking at you!) as it’s not quite rock music, it’s not quite pop, and it’s not quite folk, it’s a beautiful mixture of all that is good with instrumentation and lyrical loveliness.

From the opening track Innocence, through my favourite track on the album Fifteen Minutes, to the final song You & Me Baby, Kite is just perfection. You’ve probably heard Days even if you think you don’t know MacColl’s work, but honestly I don’t think there is a more stunning song in the world than Fifteen Minutes which was incredibly apt in 1989 and quite visionary when you listen to the lyrics thirty years later and then look around at our world, it’s a bozos world indeed Kirsty.

Do your ears a favour and consume this album in its entirety over and over again.