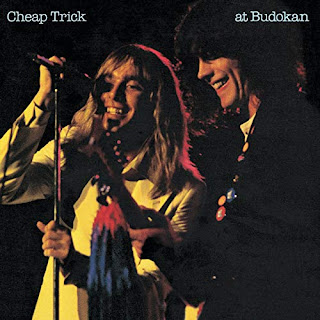 Inspired by our series of articles looking back at music released 30 years ago, Jimmy Hunter takes a step further back in time to give us a Song of the Day 1979. This week, he wants you to want Cheap Trick...

Do you remember where you were the first time you heard a record? I'm sure we've all got memories of this and this record is no exception. Listening to the radio whilst getting ready for school, happy to see the weather warming up and then - bang! Here it was. Who were they? Why, at 14 and the obvious musical expert I was, had I not heard of them? Who cares - this is still a banging choon!!

This week, I'm listening (repeatedly) to I Want You To Want Me by Cheap Trick. Who the hell were they? Well I thought they were Blondie because lead vocalist Robin Zander sounded like Debbie Harry then. And he had amazing blond hair, and razor sharp cheek bones, and skin tight outfits.

3-2-1 you're back in the room. I loved this record then and I still love it - I dare you not to at least tap your foot when you listen to this - for listen you must. From the room filling guitar introduction the record is off and Robin's voice soars in. Not long before the hook:

All the while the guitars are carrying the melody on a very comfortable carpet of noise. Zander's vocals are fantastic - he's been called a "tenor" but he's a rock singer and many rock singers sing in higher registers. He's also been credited with influencing many rock vocalists who came after.

Well see for yourself - I'd urge you to source the "Live at The Budokan" as it's a great concert and the live recording is what propelled them from "mere" critical success to 40 years of fame and 20 million record sales. Three years ago they were inducted into the musical hall of fame and did an intimate gig afterwards where they performed this track. At the age of 63 then, Zander's voice has not faded ...